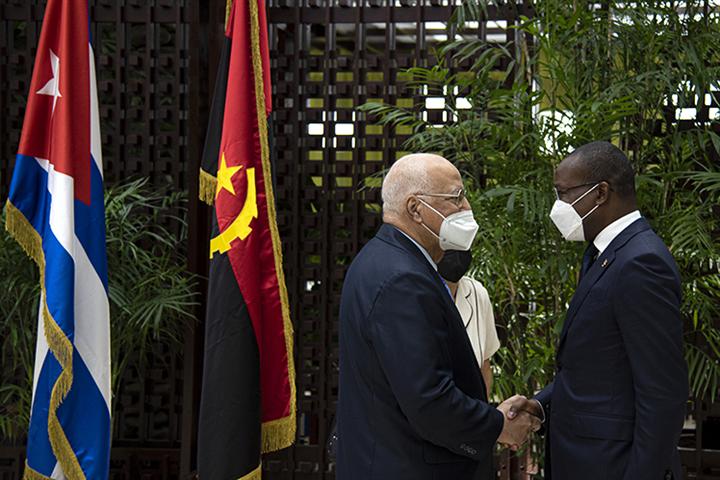 Cabrisas explained the two countries must find a way to achieve the objectives proposed in their long-term agendas. In the case of the island, despite the complex international context, it seeks to fulfill the purposes of the Economic and Social Development Plan until 2030, while Angola works on a strategy until 2025.

According to the Cuban deputy prime minister, both nations can strengthen relations in concrete projects and businesses such as the effective insertion of Cuba’s collaboration in the different Angolan strategic axes that encompass policies in sectors of the population, education, higher education, development of human resources, assistance, social protection housing, culture and sports.

The Antillean nation works to achieve the export of goods and services, including pharmaceutical and biotechnology products, a high-tech and competitive industry based on the ideas conceived by the historical leader of the Cuban Revolution, Fidel Castro, Cabrisas stressed.

Likewise, he highlighted the importance of the participation of foreign capital and the annual update of the Portfolio of Foreign Investment Opportunities, a space where Angola could increase its presence in different sectors to advance on this path, an essential purpose in the program.

It is necessary to increase the exchange between the different economic actors of both countries, especially the large companies that are the mainstay of the economy, Cabrisas stressed.

For his part, De Almeida stressed this official visit reinforces the historical ties of friendship, cooperation and brotherhood that unite the two nations.

The also head of the Civil House of the Presidency of Angola said that among the new challenges of the African nation are the diversification of economic activity to stop being a state dependent on oil exports and take advantage of its internal potential.

For this, he said, international cooperation occupies a strategic place to achieve our goals while respecting the principle of sovereign equality among states.

In the case of Cuba, he considered that in addition to the traditional areas it is essential to open another page in collaboration. Angola, like the island, is a country open to investment and we reiterate our interest and desire to create the necessary conditions to diversify the economy and create wealth to generate employment in society.