UN calls for progress in Russia and Ukraine peace talks 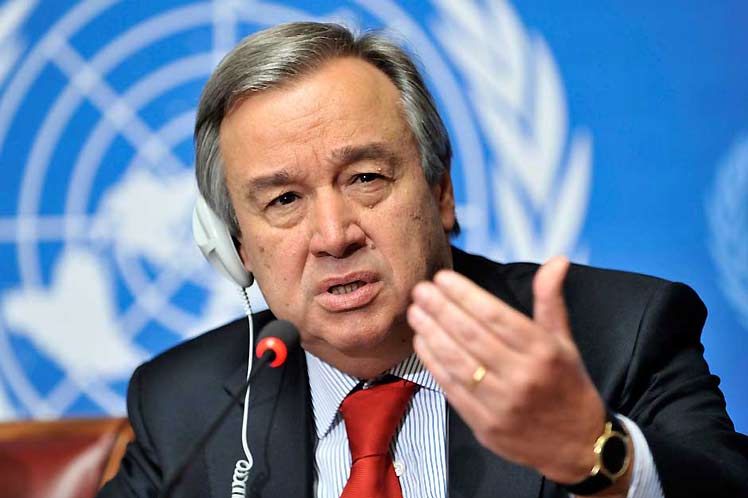 UN calls for progress in Russia and Ukraine peace talks

Speaking at a special emergency session to address the conflict in Ukraine, after the decision on the matter taken the day before by the Security Council, the Portuguese diplomat called on the parties to the conflict to respect international humanitarian law and human rights.

Guterres hopes direct talks between the Ukrainian and Russian delegations will produce an immediate end to the fighting and a path to a diplomatic solution.

The world is not only facing the conflict in Ukraine, but also a major regional crisis that can have disastrous consequences for everyone, said the highest representative of the United Nations.

He also asserted that the idea of ​​a nuclear conflict is “simply inconceivable.” It is necessary to prevent more civilians from dying, the confrontations must end, the headline stressed.

For his part, the president of the UN General Assembly at its 76th session, Abdullah Shahid, noted that it is imperative to seek all available channels to contain the situation in Ukraine.

In Monday’s special emergency session of the General Assembly, Kiev’s representation at the UN accused Russia of committing war crimes, which was rejected by the Moscow delegation, which stressed that its military actions on Ukrainian territory are in legitimate defense.

Similarly, the Russian representation denounced that the Western media distort and spread false news about the actions of the Moscow forces.

My country’s army does not pose a threat to the civilians of Ukraine, it is not shelling civilian areas and in the areas where it has taken control, people live their lives normally, Russia’s Permanent Representative to the UN Vasili Nebenzia assured. .

The Russian-Ukrainian negotiations concluded on Monday in the Belarusian city of Gopel, after five hours of exchanges, and according to the comments, important points were found on which progress can be achieved.

Ukraine needs to calmly listen and weigh Moscow’s proposals, taking into account their impact on the country and its citizens, the Kiev government reported.

Russia launched a military operation on February 24 in the autonomous region of Donbass, after the authorities of the self-proclaimed people’s republics of Donetsk and Luhansk requested help to repel the aggression from Kiev.

According to the Russian Defense Ministry, the attacks are aimed at military infrastructure, air defense facilities, airfields and military aviation.

The clashes have caused the destruction of over a thousand Ukrainian military installations, as well as deaths and injuries, although so far the true dimension of the number of casualties of the parties is not known.