Russia warns about threat of arms race in space 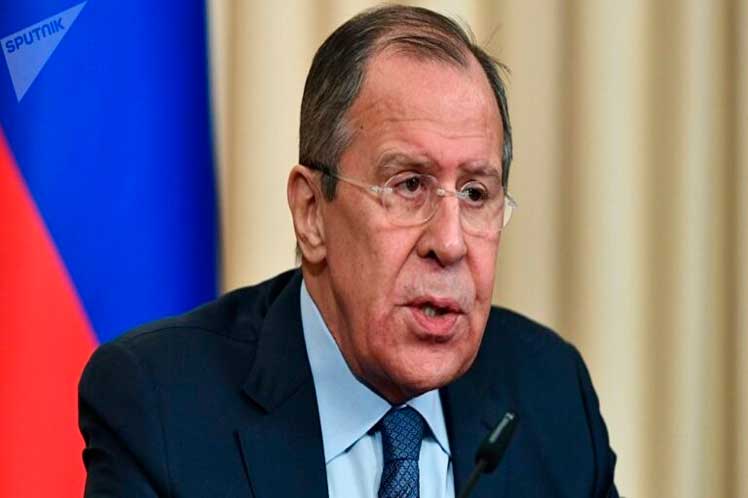 Russia warns about threat of arms race in space

Moscow, Mar 1 (Prensa Latina) Russian Foreign Minister Sergey Lavrov said today that some countries are developing weapons for outer space, so the threat of an arms race in the Earth's orbit is becoming more and more real.

In his video message to the United Nations (UN) Conference on Disarmament in Geneva, Russia’s chief diplomat warned that plans are being developed to put weapons systems, including strike weaponry, into orbit.

Lavrov said that the transformation of space into a theater of armed conflict has serious consequences for global stability.

He assured that his country pays special attention to the need of developing a legally binding multilateral instrument to prevent an arms race in space.

He noted that the aim of the document is to strengthen the international legal regime in the field of space security.

The foreign minister recalled that the 1967 Outer Space Treaty contains a prohibition on the deployment of any weapons of mass destruction.

He clarified that the document does not apply to other types of weapons, which, he said, is exploited by some countries.

Lavrov recalled that Russia and China submitted to the CD a draft treaty on the prevention of the deployment of weapons in outer space and the threat or use of force against space objects.

He stressed that his country considers it unacceptable to delay the start of such negotiations.

” We consider counterproductive the attempts to replace a legally binding instrument in this area with some partial measures in the form of norms of responsible behavior in space,” he stressed.

The Russian foreign minister expressed confidence that the negotiations on the prevention of an arms race in space will create a favorable context for progress toward nuclear disarmament, “another item on the agenda to which Russia pays the utmost attention,” he noted.

Lavrov asserted that Moscow has no medium- and short-range land-based missiles.

“To claim otherwise is to create a deliberately false image, to cover up the actions of the real culprits behind the demise of the INF (Intermediate-Range Nuclear Forces Treaty),” he said.

He also denounced the trilateral partnership between Australia, the United Kingdom and the United States (Aukus) as negatively affecting the nuclear non-proliferation regime, causing tensions and creating the preconditions for a new round of the arms race.