Former president of Peru transferred to hospital in emergency 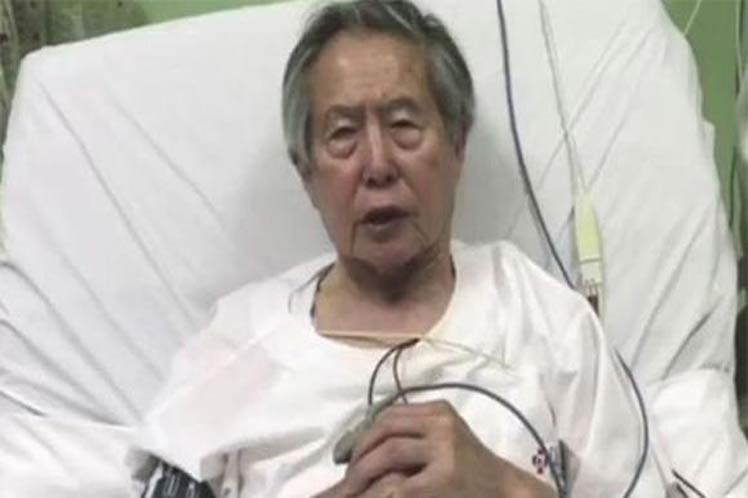 Former president of Peru transferred to hospital in emergency

According to his family doctor, Alejandro Aguinaga, the delicate state of the former president determined that he be transferred to the emergency area of ​​a hospital near the exclusive prison where he is serving a 25-year prison sentence.

“There was no time to take him to the Centenario clinic,” the doctor told the newspaper El Comercio, referring to the private center, further away, where the former president (1990-2000) is frequently treated for his illnesses.

Aguinaga indicated that the health personnel who permanently monitor the prisoner’s condition and have an ambulance sought hospital care nearby because Fujimori had low oxygen saturation and his heart rate went from 40 to 160.

The former president was stabilized in the hospital and in the next few hours he will be transported to the Centenario clinic, he added.

Last October, the 83-year-old patient underwent surgery to unblock an artery due to his low oxygen saturation, but the surgical intervention apparently did not solve the problem.

Fujimori’s new health crisis occurred when the decision of the former Minister of Justice and current Prime Minister, Aníbal Torres, to transfer him from the comfortable exclusive prison he occupies to a common prison is pending.

Meanwhile, the Public Ministry continued to support its accusation against the daughter of the former president, Keiko, a political heiress who failed three times in the attempt to be elected president.

He cited testimonies according to which the accused, for whom the prosecutor is asking 30 years and 10 months in prison for money laundering and other crimes, and her parliamentary caucus supported former Supreme Court judge César Hinostroza in 2018, a fugitive in Spain and waiting for his extradition, preventing being brought to justice.

Hinostroza is pointed out as one of the leaders of a corruption network made up of judges, prosecutors, politicians, businessmen and other characters, whose support Fujimori expected in exchange for his legal problems, according to the deputy prosecutor, Paula Roque.

The prosecutor also based the charge of obstruction of justice, for inducing to testify falsely to those who he used to mask funds secretly received for electoral purposes as if they were many personal contributions.