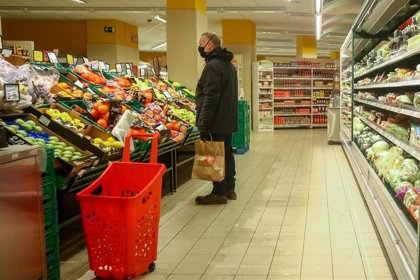 In the second month of the year, the price index averaged 3.9 percent higher than in January and 24.1 percent above its level a year ago, which represented a new all-time high, the FAO said.

In that same month there was also a rise in the prices of cereals and meat, while the sub-index of sugar values ​​fell for the third consecutive month.

According to the monthly report of the UN specialized agency, this indicator in cereals averaged three percent more than in the previous month and 14.8 percent higher than the same period a year ago.

Vegetable oils were quoted 8.5 percent higher, which led to a record in February, mainly due to the rise in the prices of palm, soybean and sunflower oils.

For its part, dairy products averaged an increase of 6.4 percent in February, the sixth consecutive month of increase, and placed the index 24.8 percent above the value of the same month of 2021, due to the growing scarcity in world markets due to lower-than-expected milk supplies in Western Europe and Oceania.

Similarly, the cost of meat rose 1.1 percent compared to January and placed the price index 15.3 percent above its level a year ago.

The sugar price index, on the other hand, fell 1.9 percent from January, considered the third consecutive monthly decline and the lowest level since July 2021.