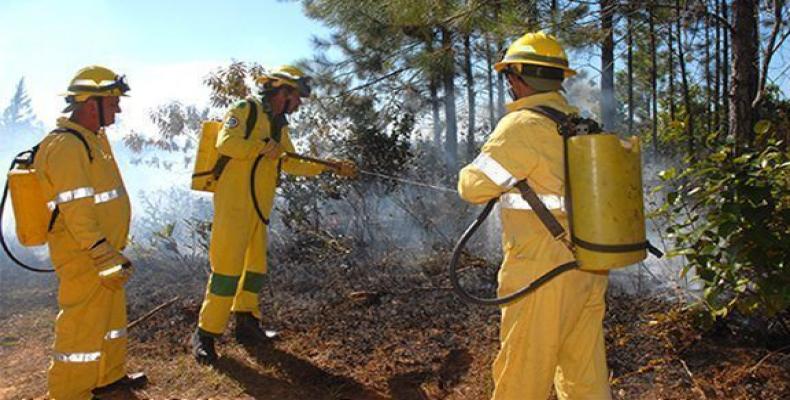 With abundant presence of adult and young Caribaea pine trees, the area is defined as a high priority for the occurrence of fires according to the characterization of scientific studies, he pointed out.

The considerations are based on specific factors such as the topography of the land, the deterioration of the road and the human presence that, in the case of Cuba, is responsible for 94 percent of the fires, Fajardo explained.

The absence of rainfalls for about a month favors the presence of combustible material (undergrowth) in the area, inserted into the Cerro de Cabra Mountain Protection Circuit with 37,249 hectares scattered throughout the municipalities of San Juan and Martinez, Consolacion del Sur and Pinar del Rio.

The work by members of the CGB, the Agriculture sector and combatants from the Ministry of the Interior contributed to controlling and extinguishing the fire, the director highlighted.

The causes of the fire are still under investigation and the CGB calls on the population to maintain preventive actions due to what these kinds of phenomena imply for the environment and the economy.

With a forest area of 48.07 percent, Pinar del Rio is listed as the second most reforested province in Cuba, preceded by the eastern Guantanamo. jg/mem/alo