Iranian press makes visible effects of the blockade on Cuba 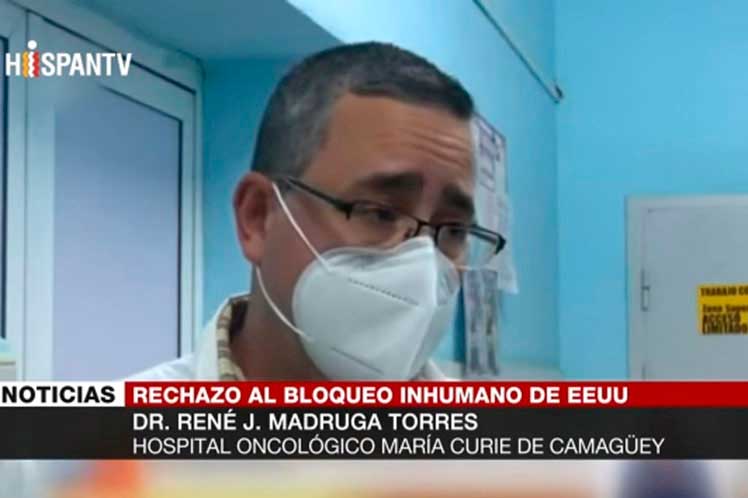 Iranian press makes visible effects of the blockade on Cuba

“Cancer patients in Cuba, victims of the US blockade,” is the headline of the outlet with broadcasts especially dedicated to Spanish-speaking countries.

The economic blockade of the United States against Cuba affects almost all sectors of life in that Caribbean nation, but one is particularly sensitive: the treatment of cancer patients and especially oncology patients, reported the Spanish-language Iranian television station.

“In Cuba, cancer patients suffer even more bitter pain when they lack medication due to the mere fact of the United States blockade against the island,” its presenters say.

The material refers to the shortcomings in radiotherapies, as a result of coercive measures by Washington, and shows daily life at the María Curie hospital in the central Cuban province of Camagüey, where one hundred and a half cancer patients are treated weekly.

They explain that in Cuba “even with the limitations imposed by the blockade and the pandemic crisis, cancer patients receive the necessary care for their disease” and recount the efforts of the surgery service, despite the shortage of medical supplies.

The Cuban authorities described this White House blockade against the island as inhuman and illegitimate, which has negative impacts on the economy and the normal development of the life of its inhabitants, argues the media of the Persian country.

The Iranian network, inaugurated on January 30, 2012, when publishing this situation that affects the people of Cuba, reaffirms its editorial line of “making the voices of the peoples ignored by the Western media heard and revealing what is actually happening in the world”.