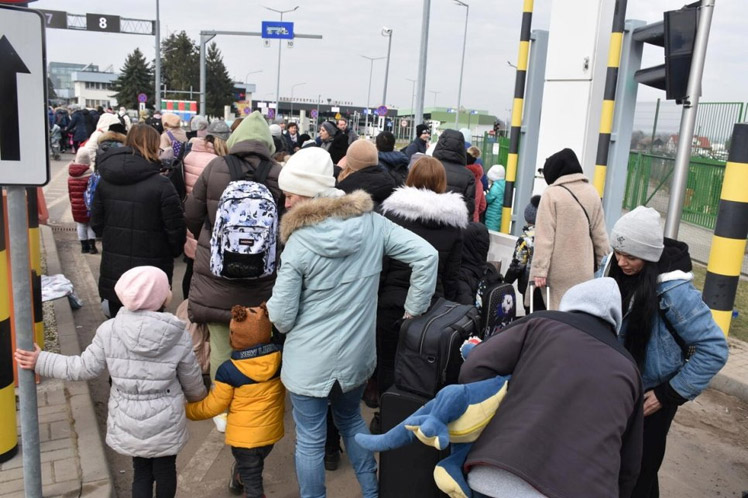 Warsaw, Mar 12 (Prensa Latina) The Polish Border Guard reported today that from February 24 to date, around 1,596,000 refugees from Ukraine have arrived in this country.

In a report released through social networks, said institution indicated that only during the course of last Friday, 76,200 people arrived from that neighboring nation through different border points.

A recent report by the Office of the United Nations High Commissioner for Refugees points out that Poland is currently the main destination for almost 2.6 million Ukrainians who left their country after Russia launched a special military operation there.

On the other hand, this Saturday the German state train company, Deutsche Bahn, assured that some 100,000 refugees from Ukraine traveled for free, mainly to cities in Germany and other European nations such as Switzerland, France and the Netherlands with the acquisition of a ticket baptized as “helpukraine”.

Millions of these migrants are also arriving in Central and Eastern European countries, such as Hungary, Slovakia, Moldova, Bulgaria or Romania.

According to observers, this massive arrival generates a difficult situation in these nations, such as Moldova, with 2.6 million inhabitants, where 105,000 Ukrainian refugees are already registered.

For its part, the Russian National Defense Control Center reported last Friday that, on the last day alone, 34,555 evacuees from different Ukrainian regions, including Donbass, arrived in that country.

Russia began a military operation in Ukraine on February 24, after the authorities of the self-proclaimed people’s republics of Donetsk and Luhansk requested help to repel the increase in aggression from Kiev.

Russian President Vladimir Putin stated that the aim of the operations is to protect the population of Donbass from the abuses and genocide of Kiev during the last eight years and to “demilitarize” Ukraine.