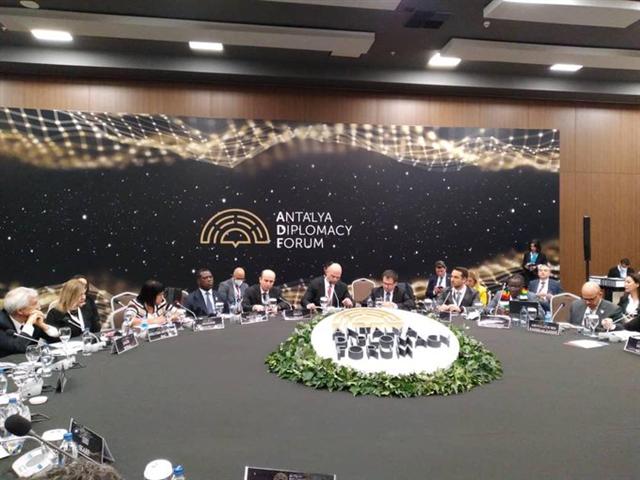 Cuban Deputy Foreign Minister Anayansi Rodriguez, pointed out in a message on Twitter that in her presentations during the event she also condemned unilateral coercive measures against developing countries, in violation of international law.

The diplomat participated in the “Recodifying Diplomacy” Round Table on Saturday, as well as in the panel on “A vision for the development of Africa”, within the framework of the forum, which opened on Friday and concluded on Sunday.

As part of her agenda, Rodriguez met with Turkish Depity Foreign Minister Sedat Onal, and held contacts with other top officials from this country, where interest in strengthening bilateral relations was evident.

At her meeting with Minister of Tourism and Culture Mehemt Nury Ersoy, both parties discussed the potential and opportunities for investment and business between the two countries.

The 2nd Antalya Diplomacy Forum, which is taking place until today at the NEST Exhibition and Congress Center in this Mediterranean tourist city, brought together participants from 75 countries, including 17 heads of State and government, 80 ministers, and 39 international organizations.

Under the general motto “Recoding Diplomacy”, other topics were addressed, such as energy security, the fight against racism and discrimination, irregular migration, regional security, climate change and women’s empowerment.