Cuba is a testing ground for a media war (+ Photo) 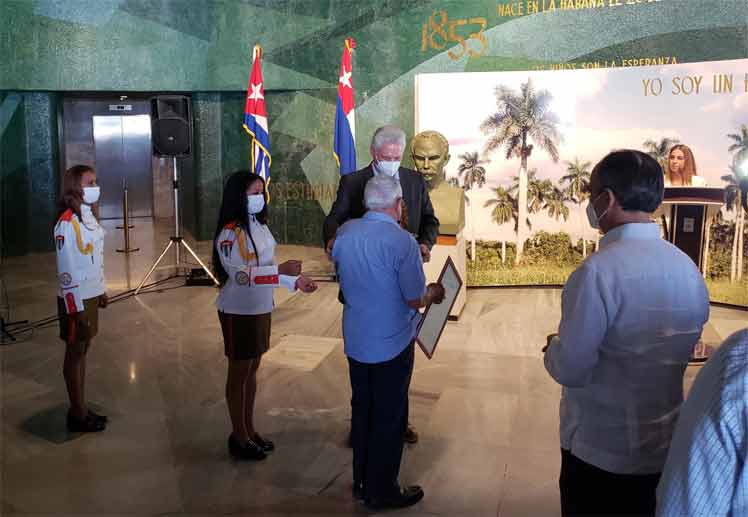 Cuba is a testing ground for a media war (+ Photo)

During the act on the Day of the Cuban Press, attended by President Miguel Díaz-Canel, the also head of the Ideological Department pointed out that in recent months a digital war has been waged against the Revolution that seeks to break the will and intoxicate with discouragement, but we are imposed to develop creative resistance.

If we have a positive experience from these months of digital battle orchestrated from the United States, it is that we have managed to be more visible on social networks, he added.

Polanco stressed that Cuban journalists are guerrillas of the digital war, which takes place in an asymmetrical scenario, so they have to appropriate the instruments of the so-called fourth industrial revolution.

He referred to the approval this year of a communication law in Cuba and the process of identifying innovation projects in the media that can be generalized.

At the ceremony, the José Martí National Award was presented to Roberto Pérez Betancourt, a professional with more than 40 years of experience in various media outlets and with recognized prestige in the training of new generations and the practice of revolutionary journalism.

He is a lucid and irreverent journalist, who does not believe in rhetoric or provincial fatalisms, and much less in personal accommodation, the jury indicated when announcing the result of the contest to which thirty professionals from all over Cuba were nominated.

Pérez Betancourt underlined in his words of thanks that journalism is one of the most rewarding professions and pointed out José Martí as one of his references for his professionalism, honesty and ethics.

Journalists with outstanding work during 2021 in the written press, radio, television, hypermedia, photography and graphics were also recognized at the ceremony.