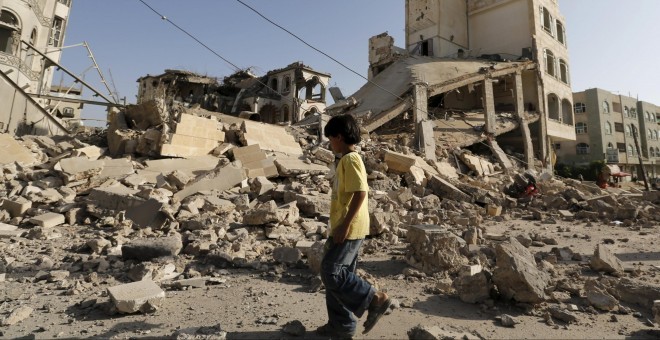 Today, more than 17.4 million Yemenis are food insecure; an additional 1.6 million “are expected to fall into emergency levels of hunger” in coming months, taking the total of those with emergency needs, to 7.3 million by the end of the year.

According to a statement from the UN Food and Agriculture Organization (FAO), the World Food Program (WFP) and the UN Children’s Fund (UNICEF), more and more people in Yemen live in emergency conditions.

The humanitarian situation in the country is poised to get even worse between June and December 2022, with the number of people who likely will be unable to meet their minimum food needs in Yemen possibly reaching a record 19 million people in that period.

Across Yemen, 2.2 million children are acutely malnourished, including more than half a million who are at risk of dying from severe acute malnutrition, according to data from the FAO, WFP and UNICEF.

On Tuesday, the UN Security Council (UNSC) will address the Yemen situation, which is currently facing up a complex scenario amid the ongoing conflict and food crisis exacerbated by years of clashes.

Meanwhile, on Wednesday, the UN Secretary-General (UNSG) António Guterres will call, alongside authorities from Switzerland and Sweden, a high-level commitment event to tackle the humanitarian crisis in Yemen.

Senior UN representatives have warned about the serious shortage of funds that forces to call off UN programs to aid millions of Yemeni people.

According to the UN, Yemen is presently facing one of the world´s worst humanitarian crises, largely due to the government and Houthi rebels clashes.