Mexico ratifies cooperation with the US for development 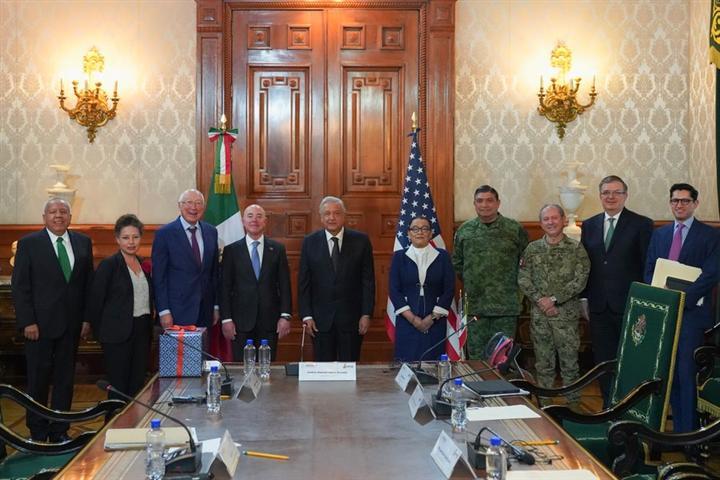 Mexico ratifies cooperation with the US for development

The president received the visitor in his office at the National Palace, in a one-day visit to this country, from which he will continue to San José, Costa Rica.

López Obrador was accompanied by Foreign Minister Marcelo Ebrard and other secretaries of his cabinet.

“We held a meeting with Alejandro Mayorkas, US Secretary of Homeland Security; we discussed labor and migration issues. We continue to promote cooperation for development with justice and respect for human rights,” the tweet describes.

The message is accompanied by a photograph showing López Obrador, Mayorkas, the United States ambassador, Ken Salazar, the Secretaries of Security, Rosa Icela Rodríguez; of Defense, Luis Cresencio Sandoval; of the Navy, Rafael Ojeda and of Foreign Relations, Marcelo Ebrard, as well as the Commissioner of Migration, Francisco Garduño.

Upon leaving the National Palace, the Foreign Minister made a brief statement to the press in which he explained that it is “a very cordial visit, we discussed several issues: one of them has to do with the northern border, where there is a very big investment plan”, since the other visit of Secretary Mayorkas, he commented on it.

Another is related to investment in Central America and Mexico’s position in this regard. Also, we commented on the arrest of one of the capos of the Jalisco New Generation cartel, one of the main capos of drug trafficking, introduction of weapons, and human trafficking.