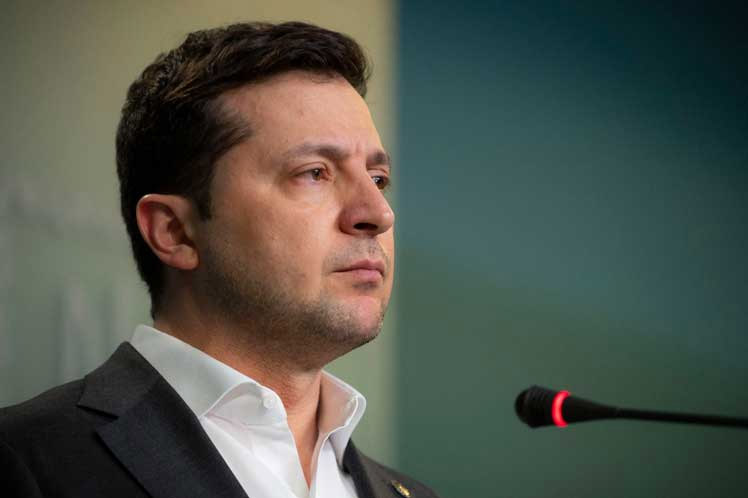 Speaking to the Ukraine 24 channel, the deputy representing the ruling Servant of the People party announced that legislators who left the country or previously held “non-patriotic” political positions could also be subject to the new penal article.

According to Kornienko, more than 20 people’s deputies are not in Ukraine at the moment and should be sentenced to 15 years in prison, maximum sentence provided for in this article.

He explained that one can distinguish between “unpatriotic” deputies and those who are on a business trip abroad to attend a meeting of the Parliamentary Assembly of the Council of Europe (PACE).

On February 23, before the start of the Russian military operation in Ukraine, a bill was presented to the Verkhovna Rada criminalizing “domestic, administrative, economic, military, political and other cooperation with the aggressor state.”

The law supplements the Criminal Code of Ukraine with the article titled Collaborationism, which carries prison sentences of three to 15 years.

The measure is complemented by a previous one from January 2015, according to which Russia is considered an “aggressor country”.

Russia began a military operation in Ukraine on February 24, after the authorities of the self-proclaimed People’s Republics of Donetsk and Lugansk requested help to repel the increase in aggression from kyiv.

Russian President Vladimir Putin, in a speech to inform about the start of the operation, stated that the objective is to protect the population of Donbass from the abuses and genocide of Ukraine during the last eight years, in addition to “demilitarizing” and “denazifying” that ex-Soviet republic.