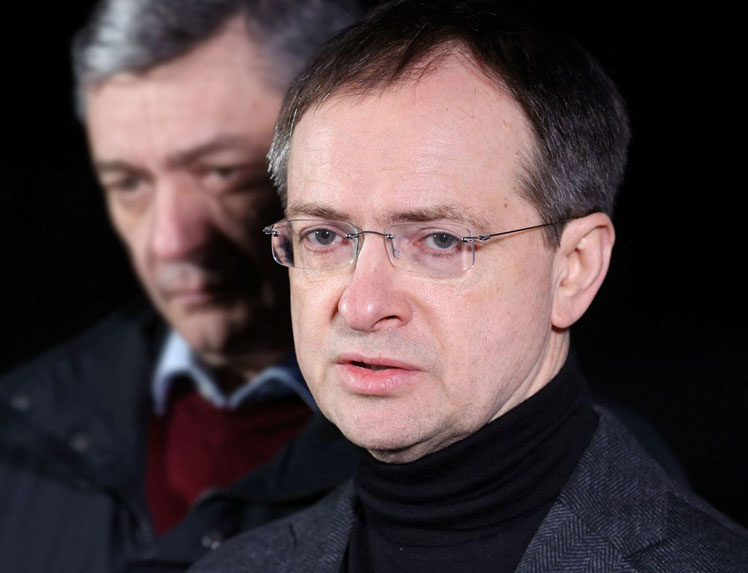 However, the head of the Russian negotiating team warned there are nuances in the proposed agreements related to security guarantees that Ukraine would obtain in addition to the existing ones, in case it refuses to enter the North Atlantic Treaty Organization.

Representatives from both countries agreed this week that such an Austrian or Swedish demilitarized state arrangement could become a workable compromise, a light on the path of this difficult dialogue.

“We would like it to be an agreement for generations, so that our children also live in peace, this negotiation process is laying the foundation for it,” said Medinski, who clarified that Moscow’s conditions remain unchanged.

“We need a peaceful, free, independent, neutral Ukraine, not a member of military blocs, not a NATO member, a country that is our friend, a neighbor with whom we develop relations together, building our future,” he stressed.

He clarified that Moscow is against a Ukraine that is a springboard for military and economic attacks against Russia.

Ministerial delegations from both countries held three face-to-face meetings to find a solution to the bilateral conflict and a definitive end to the fighting. These meetings took place in different places in Belarus on February 28, March 3 and 7.

Then, on March 10, Russian and Ukrainian foreign ministers Sergei Lavrov and Dmitri Kuleba met in the Turkish city of Antalya.

A round in videoconference format began last Monday, interrupted that same day due to a “technical break”, as the parties described it, and continued until this Friday without knowing concrete results of the talks.

Russia began a military operation on Ukraine on February 24, after the authorities of the self-proclaimed people’s republics of Donetsk (DPR) and Lugansk (PRL) requested help to repel the increase in aggression from Kiev.

Russian President Vladimir Putin, in a speech to inform about the start of the operation, stated that the objective is to protect the population of Donbass from the abuses and genocide of Kiev during the last eight years, in addition to “demilitarizing” and “denazifying” Ukraine.