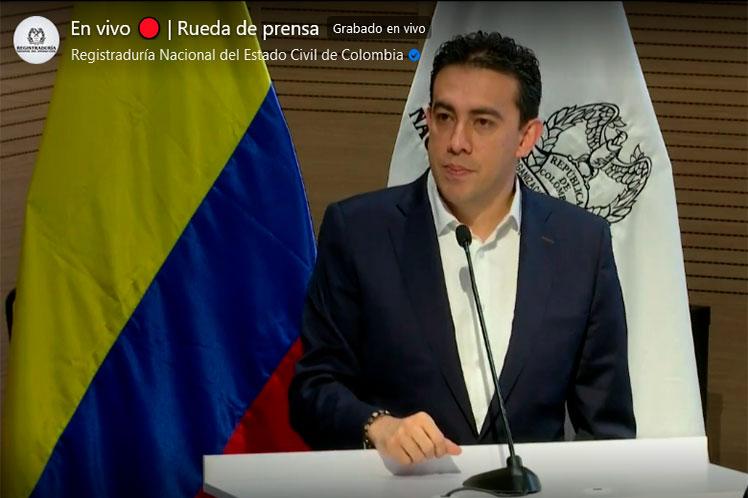 He assured at a press conference he will ask the National Electoral Council to recount all the polling stations in the country.

If the petition is approved (something unprecedented in the history of Colombia), Vega assured that all the logistics are ready and it would only be to keep the judges, the support of witnesses, the Registry, control bodies and oversight to make the recount.

“We are going to leave the country alone and all the political forces,” he said when making the announcement, after presenting irregularities detected in the voting form for the candidates for the Senate of the Congress of the Republic.

However, before the announcement he pointed out that “there is no possibility of fraud” in these elections, in which the coalition of alternative, progressive and leftist forces of Colombia Historical Pact was the winner.

The registrar assured that the system works so that each stage can be scrutinized, reviewed and the mistakes that were made “whether in good faith or willful misconduct”, all part of the improper processing of the Senate forms.

Almost in unison with the Registrar’s conference, the president of Colombia, Iván Duque, pointed out that it is advisable for the CNE to consider “advancing with a general recount in the election to the Senate.”

The president made the comment when referring to the meeting he indicated for today, Tuesday, with the Electoral Guarantees Commission as a result of the irregularities denounced in the counting of the votes of the legislative elections on Sunday the 13th of this month.

However, Duque’s call came after former President Álvaro Uribe, founder of the Democratic Center, his ruling party and loser in these elections, spoke of an alleged fraud.

Before, the Historical Pact, winner of the elections, denounced that, in at least 28 thousand polling stations, there were irregularities, something that the Electoral Observation Mission admitted.

However, there was no statement like today’s until after Uribe’s complaints, who even tried to involve Venezuela for the triumph of the Historic Pact in votes for the Senate, House of Representatives and inter-party consultation.