May Day will demonstrate international solidarity with Cuba 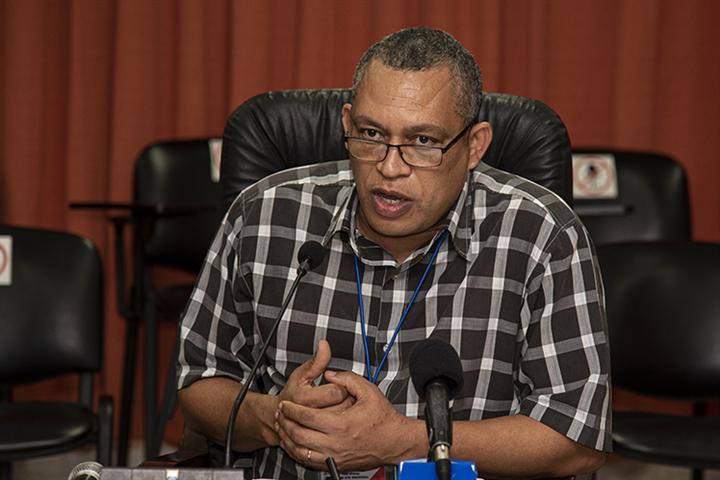 May Day will demonstrate international solidarity with Cuba

Visitors will fulfill a wide agenda such as visits to representative labor groups of the capital where the effects of the economic, commercial and financial blockade imposed by the United States more than 60 years ago are felt with greatest impact, said Ismael Drullet, member of the CTC secretariat.

These, he specified, will be able to exchange with leaders and workers from the health, education, transportation, energy and mining, fishing and communications sectors, about the Cuban labor reality and the effects of the US siege policy, considered the main obstacle for the development of the country.

On the night of April 30, foreigners will be received in Havana neighborhoods where the government promotes transformations of social benefit, and the next day the formation of an international bloc is expected to parade in the Plaza de la Revolución together with the people, advanced the union leader.

Drullet highlighted the celebration on May 2 of an international panel with national and foreign participants under the slogan “Cuba lives with its present and future”, which will be dedicated to the historical leader of the Cuban Revolution, Fidel Castro.

This meeting, to be held at the Convention Center in Havana, will host international personalities, social leaders, youth and student leaders, and will address issues such as the current state of Cuba-United States relations, among others.

The member of the CTC secretariat signified the decision of “friends” to travel to the island in the current circumstances that the world is experiencing, and highlighted the appreciation that the vast majority feel for the Antillean nation and its solidarity.

After two years, the Cuban trade union movement will commemorate the workers’ anniversary with more than a hundred events and parades throughout the country, which will pay tribute to José Martí on the 170th anniversary of his birth, by scientists, health personnel and youths.

The day before, the call of the Central de Trabajadores to May Day was made public under the slogan Cuba Lives and Works, in which its general secretary Ulises Guilarte highlighted the solidarity of the trade union movement of the Antillean nation with its counterparts in the world.