India says it will keep buying oil from Russia 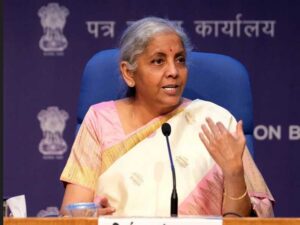 India says it will keep buying oil from Russia

India has already started buying oil from the Federation, Sitharaman said, adding that the transition to gas was a challenge as supplies had dwindled, the Daily News and Analysis reported.

Russian Foreign Minister Sergei Lavrov traveled to New Delhi after US and British officials pressured India to avoid undermining the dollar-based financial system and sanctions imposed on the Eurasian nation.

New Delhi and Moscow are studying ways to circumvent the measures dictated against the Kremlin by the United States, the European Union and their partners, the Russian foreign minister said on Friday after speaking with his Indian counterpart, Subrahmanyam Jaishankar.

Jaishankar and Lavrov discussed India’s concerns about the impact of the Ukraine crisis on its economy, noting the importance of ensuring that its economic and technological contacts remain stable and predictable.

Lavrov lashed out at Western countries for trying to blackmail India and other non-sanctions nations like China.

The diplomat made it clear that Russia is advancing with both states in the use of national currencies instead of international dollar-based systems and these efforts will be intensified by the sheer unreliability of Western counterparts.

Lavrov’s stay in the Asian country coincided with that of the United States Deputy National Security Adviser, Daleep Singh, and the United Kingdom Secretary of State for Foreign Affairs, Elizabeth Truss, who seek to change the position of New Delhi before Moscow due to the war in Ukraine.

Russia launched a military operation in Ukraine’s autonomous Donbass region in February after authorities in the self-proclaimed Donetsk and Lugansk people’s republics asked for its help in repelling aggression from neo-Nazi and far-right nationalist forces.

The United Kingdom, the United States, the European Union and the allied countries of the North Atlantic Treaty Organization (NATO) implemented economic and financial sanctions against Russia.

India is reluctant to join the anti-Russian rhetoric promoted by Western powers and instead called for dialogue between the warring parties.