Legislators from Cuba and Mexico seek to deepen ties 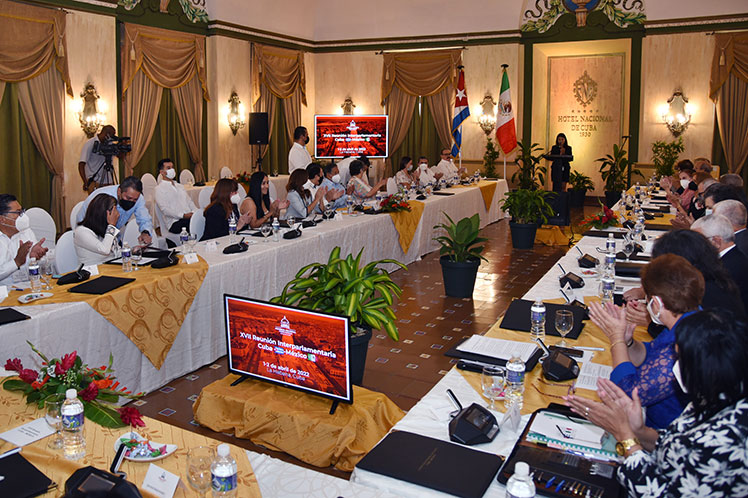 Legislators from Cuba and Mexico seek to deepen ties

When inaugurating the XVII binational Interparliamentary Meeting, at the Hotel Nacional de Cuba, the president of the National Assembly of People’s Power (Parliament), Esteban Lazo, highlighted the friendship that unites both legislative bodies, governments and peoples, which he described as endearing.

The also head of the Council of State pointed out that this is the first of a series of contacts to be made in the months of April and May, prior to the visit of President Andrés Manuel López Obrador to the island.

He also affirmed that both nations maintain a high level political dialogue, while expressing the Cubans’ gratitude to the Mexican people and government for their humanitarian assistance in the most complex moments of the confrontation with Covid-19, amid the upsurge of the US blockade.

For his part, Senator Higinio Martínez, who heads the visiting delegation, highlighted the ties of brotherhood, cooperation in various fields, to which is added -he said- a strong shared pro-independence and anti-imperialist vocation, and thanked the contribution of Cuban doctors in the fight against the pandemic in several regions of his country.

Martínez affirmed this meeting will strengthen and expand the collaboration between the two nations.

At the XVII Interparliamentary Meeting, which will be held until tomorrow, four panels will be held on economic relations, health collaboration, multilateral cooperation and educational, cultural and sports links.

Both legislatures agreed in 1996 to hold these meetings to propose initiatives, seek solutions to common problems and draw cooperation strategies.