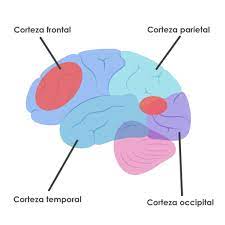 Aphasia can be due to a head injury, a brain tumor, encephalitis, or a degenerative disorder called Primary Progressive Aphasia.

According to neuropsychologist Helena Briales, in statements to the Infosalus site, Aphasias are classed according to the affected brain area.

These can be Broca, transcortical motor, Wernicke or global, among others; however, Ms. Briales pointed out that the current trend prefers to distinguish between Sublexical and Lexical Aphasia.

Regarding Sublexical Aphasia, there are some disorders when speaking to convert thoughts into words.

“When we speak, the sound of the words is recovered first to say them later, this is where the failure of the nerve connection occurs, these people suffer from phonological, articulation, repetition, reading or phoneme exchange disorders,” the expert said.

“When people are suffering from Sublexical Aphasia, they usually point out that the word they want to say is on the tip of their tongue and yet they know the meaning, they cannot rescue it from the brain,” Ms. Briales stated.

In Lexical Aphasia the problem is in the store of meanings of the words, when you want to say table you can end up saying chair, another word in the same semantic field.

Ms. Briales cleared up that when the meaning is the one that distorts the language, it is more difficult to know what the person wants to say. In many cases these two types of ailments are combined and the person presents a Mixed Aphasia.

Ms. Briales assures Aphasia treatment consists of three key elements: start as soon as possible, make a good assessment of what works and what does not go well in the language, and start a program according to each patient´s features.