Cuba has Abdala vaccine dossier ready for WHO 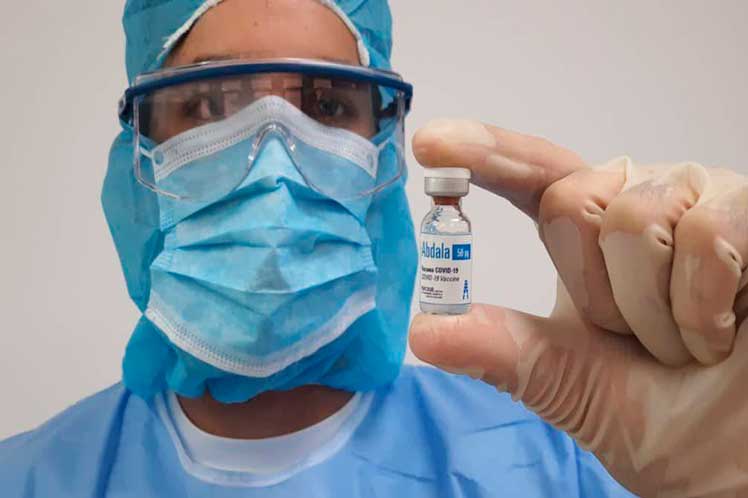 Cuba has Abdala vaccine dossier ready for WHO

Havana, Apr 4 (Prensa Latina) Cuba has the dossier of the Abdala (CIGB-66) Covid-19 vaccine, with which millions of people have been immunized to date, ready to be presented to the World Health Organization (WHO) and begin the process of international recognition.

Formal contacts with WHO on this immunogen, developed by the Center for Genetic Engineering and Biotechnology (CIGB), began in March.

The Biotechnological and Pharmaceutical Industries Group (BioCubaFarma) reported on its Twitter account that the UN agency has already been informed about the completed documentation to be reviewed by experts.

In mid-February this year, BioCubaFarma President Eduardo Martinez explained that the company was working on the material, made up of several chapters with results on clinical and preclinical research, the pharmaceutical development and everything associated with the production facilities, an aspect to which adaptations were made.

In operation since November 2021, the CIGB-Mariel Biotechnological Industrial Complex is considered the most modern facility of its kind in Cuba and one of the most advanced industries in Latin America and the Caribbean.

The objective is that WHO representatives will also visit the production lines of that complex where the necessary inspection will be carried out to later obtain the permit and its inclusion in the list of products recognized by the health organization, Martinez stressed.

Cuba has administered 35,426,263 doses of its homegrown Soberana 02, Soberana Plus, both produced by the Finlay Vaccine Institute, and Abdala (CIGB-66) vaccines, according to data from the Ministry of Public Health on Saturday.

Until April 1, 10,637,020 people had received at least one shot of any of these vaccines, included Covid-19 convalescents to whom a single injection of Soberana Plus was administered.