President of Peru rules out resignation despite problems and pressure 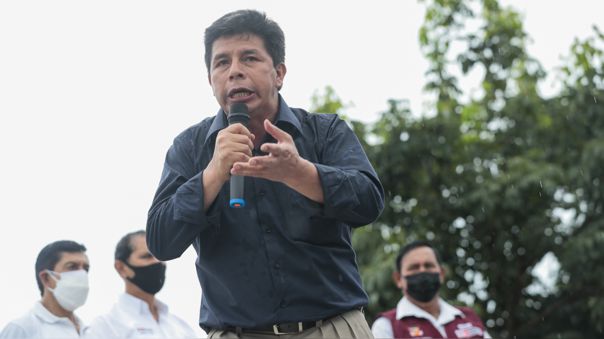 President of Peru rules out resignation despite problems and pressure

“The president has not contemplated resigning at all,” he said, insisting on the president’s proposal for a governance understanding with the opposition-controlled Congress that failed in two attempts to remove him.

He made the statement after a week in which a march of thousands of people demanded his resignation and ended in violence and riots, and a second mobilization of similar content.

There were also large demonstrations by the union movement rejecting pressures in various cities that, however, demanded Castillo fulfill his electoral promises of change and not give ground to the right.

Salas revealed that in a session of the Council of Ministers, his predecessor in the Culture portfolio, Ángel Ildefonso, mentioned the possibility of the presidential resignation, but Castillo and most of the incumbents dismissed it, considering that democracy should prevail.

He added that the head of state was elected for a five-year term and it has only been eight months and he recognizes mistakes and considers that they can be corrected.

He also said that the solution to the crisis does not consist in holding new presidential and legislative elections and hope should not be lost of achieving governability to move the country forward.

For her part, the conservative president of Parliament, María del Carmen Alva, asked about the option of electing a new president and a new Congress – to which she has been reluctant -, recalled that the Legislative requested the resignation of Castillo, whom she blamed of what he called “chaos and misrule”

Alva added that “here nobody clings to the position” and if for the resignation it is necessary to call general elections, so be it.

Congress tried twice, without success, to vacate (remove) Castillo and pressured him to resign with marches against him, which also failed to achieve the objective.