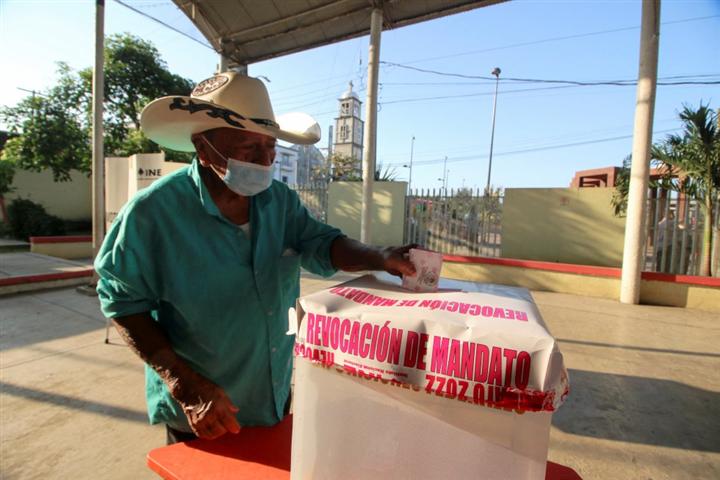 The important thing, as the President stressed several times before, is that the right of the people to remove and replace leaders be reflected in the constitution, and that, from now on, each citizen who assumes the [Presidency] of the nation, can be removed before the end of his six-year term if the sovereign (people) so decides.

In other words, Sunday’s referendum, with which for the first time the Mexican people exercised participatory democracy and confirmed their absolute power, set a constitutional and irreversible precedent.

There lies the triumph of Lopez Obrador, and not so much in the fact that nine out of 10 Mexicans who went to the polls ratified him as the president of the Republic.

From now on, the opposition will be able to present all the objections and appeals it wishes, as it had planned, but the legal, institutional, political, ideological, and mass fact that reaffirms participatory democracy as the only practical dilemma, that the people is the sovereign, it will be impossible for them to eliminate it, according to specialists.

Thus, they coincided with the analysis of leaders of the ruling Morena party, describing it as an action of historical significance for the Mexican people who, despite the maneuvers of the adversaries, were unable to block the process.