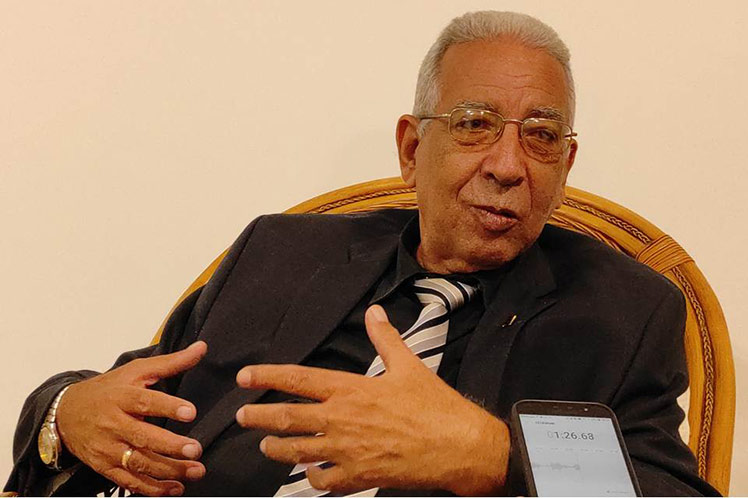 “We can say that our expectations, which were to discuss ideas, develop or consolidate relationships and meet friends, were exceeded, and the environment was always conducive to being more ambitious in those objectives,” Torres told Prensa Latina.

Torres’s agenda in France included exchanges of criteria with the French Alliance, UNESCO, the France-Cuba Friendship Group of the National Assembly, the France Cuba solidarity association and Cuba’s embassy, among other activities.

According to Torres Cuevas, during the meetings he verified the strength of Franco-Cuban ties and the prospects of promoting them in spheres such as culture, science, cooperation and parliamentary ties.

Torres highlighted the talks to resume normal work in the French Alliance in Cuba after two years of setbacks resulting from the Covid-19 pandemic, and to guarantee the success of the fifth International Conference for the Balance of the World, to take place in Havana from January 24th to 28th.

Regarding the conference, Torres specified that it will have an important French presence, as a forum that he considered ideal to contribute to the dialogue of civilizations and coexistence between peoples, as seen by Cuba’s national Hero José Martí.

“We received the support of UNESCO for this event, a support that is the result of the excellent relations that (it) and Cuba have,” Torres Cuevas said, who met the general director of UNESCO Audrey Azoulay, and the deputy director of Social and Human Sciences, Gabriela Ramos.