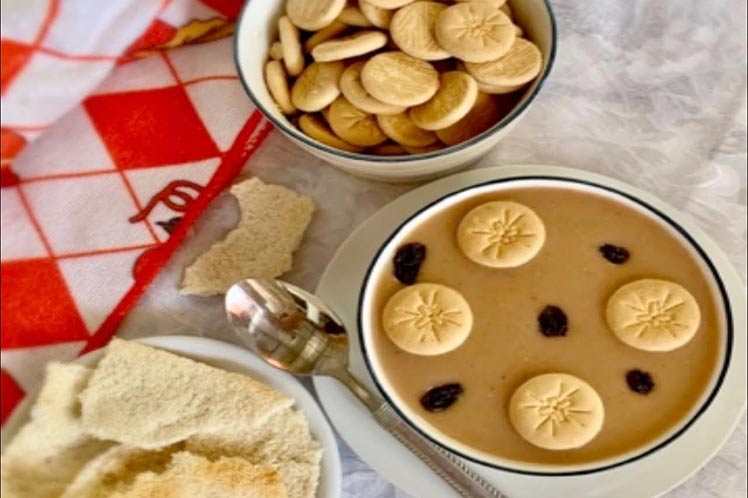 According to historians, the origin of the recipe goes back to French presence on the island of Hispaniola (which that nation shares with Haiti) in the 18th century,introduced by Francois Delalande.

Delalande is said to have lived with his wife and children in northern Haiti, and there a mixed colored man asked for the hand of one of his daughters. Upon the father’s refusal, the above-mentioned man killed all his children, reason for which the family ran away from the site.

He first settled in Montecristi and later in Santo Domingo, where a Spaniard gave the Frenchman a plot of land, where hegrew beans with seeds from his country, which he served to guests sweetened, European style.

The rare dessert began to be prepared with vegetables that had been in Dominican soil from Pre-Columbian times and was assumed as its own by that nation.

There are variants depending on where they are made, for example, in Cibao and the capital red vegetables are used, and broad bean in the south.

Supermarkets and traditional neighborhood bodegas-or “colmados” as they are usually known- offer ingredients of that recipe. There tradesmen explain, namely to foreigners, how to cook them, although throughout time the industrial version has prevailed.

However, Dominicans prefer the homemade technique, since it’s part of the rituals done during religious festivities at that time of the year.

Thus, they boil the beans in water with cinnamon, mix them in a blender, add a liter of cow milk, a bit of evaporated milk, coconut, a pound of sugar, clove, vanilla, and a bit of salt, and put them back in the stove until they are reduced and their color is intense and bright.

They are later served with raisins, sweep potato dices and “casabe” or milk cookies.