Fidel Castro and Hugo Chavez’s thought on debate in Cuba 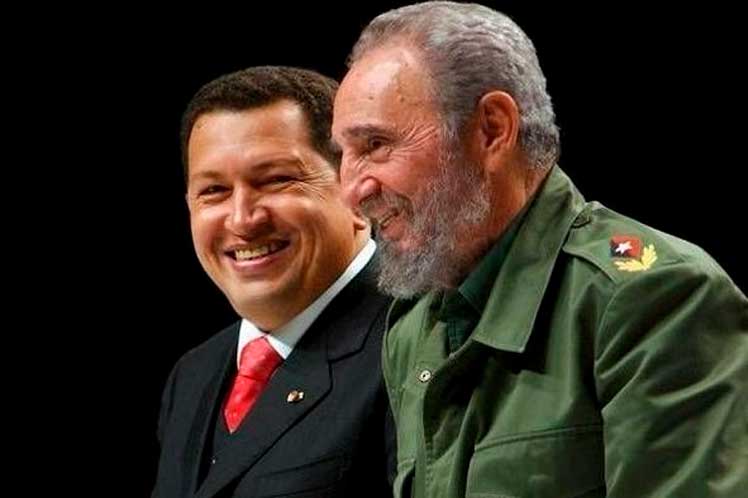 Fidel Castro and Hugo Chavez’s thought on debate in Cuba

The Fidel Castro Ruz Center and the Hugo Chavez Institute of Advanced Studies are also participating in the launching of the Working Group of the Network of Intellectuals and Artists in Defense of Humanity (REDH), in the presence of prominent figures from Latin America.

According to the REDH, the dispute for the meanings of humanity, enunciated by the historic leader Fidel Castro, is a fundamental opinion in the construction of strategic approaches and the channeling of the world, especially in the current turbulent times.

Their intellectual legacy is also a fundamental element in safeguarding and preserving life on the planet, aspects on which historian Rene Gonzalez and journalist and essayist Katiuska Blanco, among others, will speak.

The Network also highlights the contributions of the project of socialism in the 21st century and the so-called Patria Grande (Latin America), promoted by Chavez and placed as structural elements in the construction of a multi-centric and multipolar world and alternatives to the capitalist globalization.

Adan Chavez, president of the institute dedicated to the Bolivarian leader and coordinator of International Relations of the United Socialist Party of Venezuela (PSUV), and sociologist Irene Leon, secretary of REDH and coordinator of the Working Group in Ecuador, are also participating in the debate.

Other expected guests are Hector Diaz, anthropologist and president of the Mexico City Congress and winner of the Liberator Prize for Critical Thought, Carmen Bohorquez, historian and co-founder of the Network in Venezuela, and Brazilian writer and theologian Frei Betto.