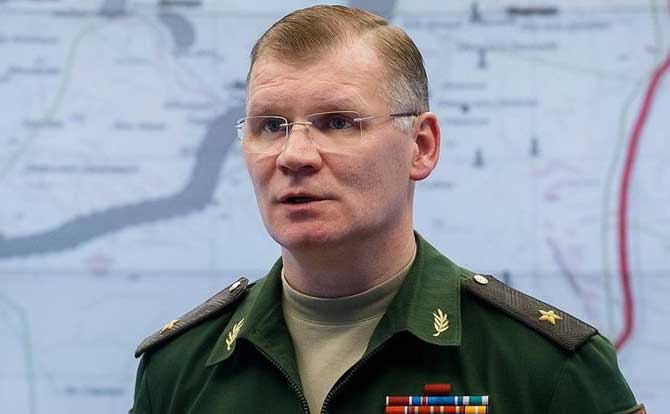 According to the spokesman for the military entity, Major General Igor Konashénkov, the shots hit the vicinity of Krasnoye, Zdolbúnov, Zhmérinka, Berdíchev, Kóvel and Kórosten terminals, through which weapons and foreign-made military equipment are supplied to the Ukrainian troops in Donbass.

He indicated that during the day the Aerospace Forces attacked 82 enemy military targets, including four command posts and 76 assembly areas for military personnel and equipment, as well as two fuel depots.

He explained the air defense, meanwhile, shot down four drones of the troops of this country in areas near the cities of Izium, Donetsk and Kharkov.

The head of Russia’s National Center for Defense Control, Colonel General Mijaíl Mizíntsev, denounced on Monday that Ukrainian radicals barricaded themselves in a residential building in the city of Avdéyevka, in the Donetsk region, where they placed heavy weapons and set up points of shooting on the upper floors.

He warned that neo-Nazis hold the inhabitants of the building in their respective flats and use them as human shields. Likewise, he indicated that nationalist battalions mined the dam of the Karlovka reservoir, also in Donetsk territory.

He explained that if the explosives are detonated, six settlements with a total population of more than 10,000 people will be in danger, which would remain in the flood zone.

He warned that even when the water disappears, after the possible flooding, the sewage system and the facilities for the treatment of the liquid would be affected, something that would worsen the sanitary and epidemiological situation in the area.

Mizintsev pointed out that the situation could be aggravated by the inaccessibility of medical supplies, the lack of medicines and the lack of health personnel.