Cuba urges US to hold an inclusive Americas Summit 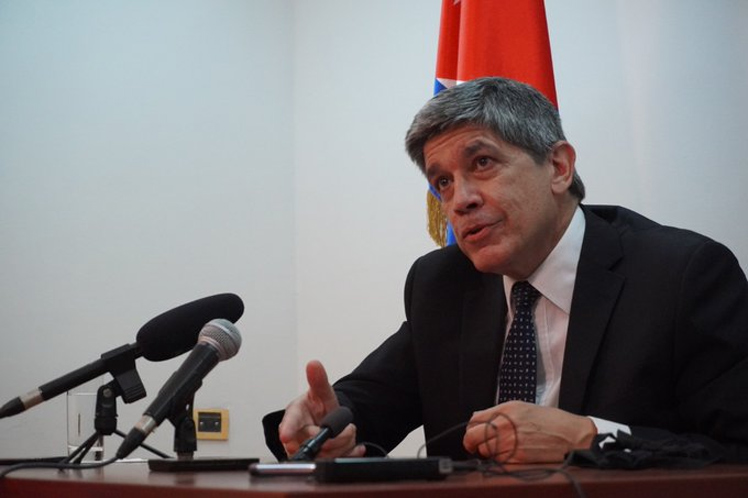 Cuba urges US to hold an inclusive Americas Summit

In an interview with the US newspaper The Hill, the deputy minister pointed out that the US government, as host of the meeting scheduled for June in Los Angeles, feels privileged to invite only those it wants and still call it the Summit of the Americas.

The island’s deputy head of Foreign Affairs urged Washington not to be afraid to dialogue, even when the issue may seem controversial or when others may have notions or visions different from theirs.

He stressed that if the summit becomes a photo show so that the administration of President Joe Biden can debate an agenda based on its interests and internal political needs, then the event will be a failure, a sterile exercise.

In fact, he considered that the Democrats will lose in Florida in the next elections no matter what happens.

They should not justify their political failures in the southern US state with Cuba, that is not the reason why the Democrats fail even if they adopt a hostile strategy with respect to Havana, the diplomat said.

He commented that the current polarization in US society and politics influences foreign policy in general and therefore affects ties with Cuba.

Cuba denounced this week in the voice of its Foreign Minister Bruno Rodríguez, the exclusion of Havana by Washington from the preparations for the forum and the pressure exerted on governments in the region that oppose that position.

During a meeting with the national and international press in Havana, the head of Cuban diplomacy assured that ignoring the presence of the Caribbean nation in that meeting would be a serious historical setback that would be detrimental to the objectives of consultation.

Rodríguez asserted that the intention to exclude the Caribbean nation would be due to a politically motivated maneuver, as part of the double standards linked to the internal and electoral situation in the United States.