Cuban Sierra obtains another victory in Cycling Tour of Andalucia 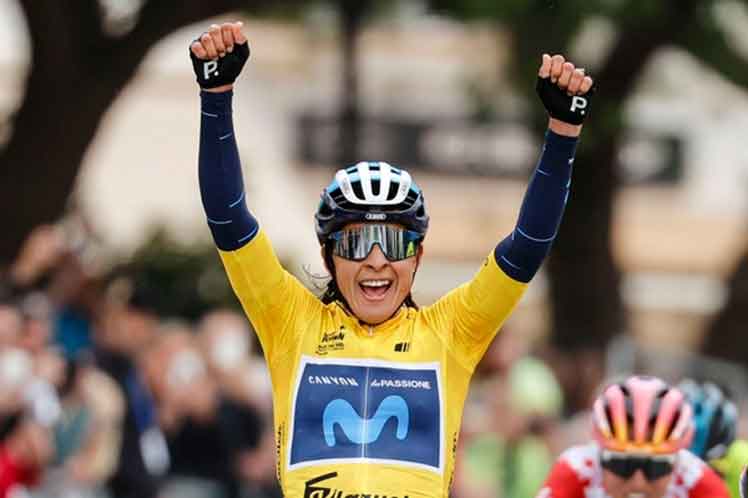 Cuban Sierra obtains another victory in Cycling Tour of Andalucia

Sierra, winner of the first segment, appealed to her speed to beat a group of six cyclists in the last thousand meters and repeat the partial success.

Now the Caribbean woman leads the general classification with a record of 6:21.58 hours, followed by García with a similar time and Bauernfeind, 15 seconds behind.

The Spanish Ariana Gilabert (Laboral Kutxa) starred in the breakaway of the day from kilometer 12 to 61 and had a four-minute lead.

The group annulled the Iberian on the climb to Alto de La Mesa (second category), when Cypriot Antri Christoforou (Farto-BTC) took the lead.

Going down the ascent and past the aid station, the race started almost at zero and at kilometer 70 Australian Matilda Field (Roxsolt-Liv-Sram) rehearsed another breakaway alone and enjoyed up to 45 seconds of difference with 25 km from the finish line.

However, the work of the Spanish team Massi-Tactic, with their minds set on Coín’s flying goal, ended up neutralizing it shortly after she passed through it in first position.

Already without Field in the lead, the Mexican Ariadna Gutiérrez (Farto-BTC) tried her luck and on the approach to the final port of the day, the long and irregular Puerto de la Mar (kilometer 117) began the tactical game between the UAE-ADQ teams and Movistar, with cyclists from both groups filtering ahead of a disorderly pack.

Only six cyclists crowned the ascent at the head of the race, with Bauernfeind in first position accompanied by Sierra, Patiño, Gill, García and Italian Erica Magnaldi (UAE-ADQ). The definition came to the sprint after the vertiginous descent to Mijas, won by Sierra to reinforce the leader’s yellow jersey.

Tomorrow the test will conclude with the dispute of its third and last stage, of 139 kilometers between the towns of Fuengirola and Castellar de la Frontera.