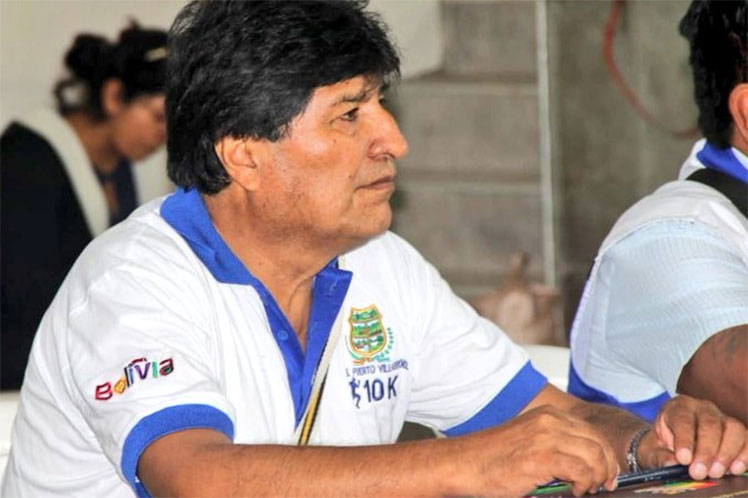 “It seems that by persecuting leaders they forget to arrest criminals. The people demand security with transparency and honesty,” assured the leader of the Movement for Socialism (MAS) on his Twitter account.

The MAS leader reacted in this way after the dissemination in Meganoticias de Chile of a report on the business in Bolivia of the sale of stolen cars in neighboring countries, with the participation of two former police chiefs, dismissed almost immediately from their positions and subjected to to an investigation.

One of them -Lieutenant Colonel Raúl Cabezas- is already arrested after being identified in the journalistic report as an authority of the armed body in whose possession a stolen car was in Calama, Chile.

Eduardo del Castillo, Minister of Government (Interior), for his part, ordered the National Directorate for the Prevention and Investigation of Vehicle Theft (Diprove) to intervene in the department of Santa Cruz and withdraw all its personnel.

The Meganoticias investigation identified the now former deputy director of Diprove de Santa Cruz, Rolando Téllez, as an alleged direct contact of a seller of stolen cars, who operated in Yapacaní.

According to the report, two members of the Vehicle Search Group (GBV), a Chilean non-governmental organization led by ex-carabinero Hugo Bustos, arrived in Bolivia in March with the aim of recovering a private Mitsubichi brand car, stolen in the city of Calama. .

Thanks to the GPS system, they located the means of transportation inside a house in Santa Cruz, presumably owned by the now former police chief Raúl Cabezas.

The members of the GBV took advantage of their stay in the highland country and visited a fair in Yapacaní, and there they found a red truck also reported as stolen in Chile.

Bustos threatened the seller of the stolen means of transportation and he communicated by phone with “a colonel.”

According to the leader of the Chilean GBV, he later received another phone call from Téllez, for which the report concludes that, in fact, the seller of the stolen vehicle contacted the police chief.

At the beginning of March Morales published the audios of an alleged cover-up for drug traffickers and on that same date the then director of the Special Force to Fight Drug Trafficking (Felcn), José María Velasco, questioned the veracity of those records.

However, 24 hours later he was dismissed and del Castillo ordered that police force to intervene, submit one hundred percent of its members to a polygraph or lie detector test and renew their commands.