Cubans donate blood to help those hurt in hotel explosion 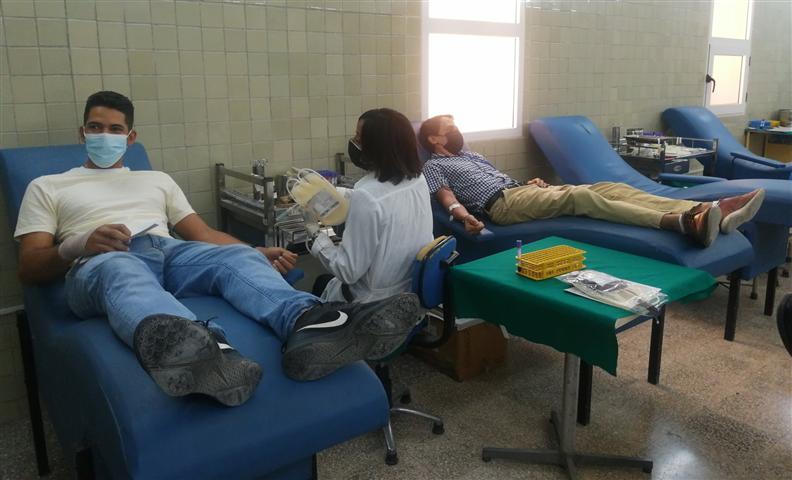 Cubans donate blood to help those hurt in hotel explosion

Havana, may 6 (Prensa Latina) Citizens are donating blood today at the provincial blood bank showing their solidarity with those injured after the explosion that caused the partial collapse of iconic hotel Saratoga in Old Havana.

The call made by the Unversity Student Federation (FEU), the Union of Communist Youths (UJC), workers of the Ministry of Foreign Relations, among other organizations and institutions was answered by dozens of citizens.

“We are at the provincial blood bank, where compatriots extend their helping arms before this painful accident of the #HotelSaratoga”, wrote in his Facebook account the General Coordinator of the Committees for the Defense of the Revolution (CDR), Gerardo Hernandez.

On her part, vicepresident of the Union of Cuban Jurists, Yamila Gonzalez Ferrer, said in this platform that “solidarity does not wait among Cubans”.

“The blood bank of 23 and 2nd streets is full of persons waiting to donate their blood for the wounded persons”, she wrote.

In statements to the press, the first secretary of the Cuban Communist Party in Havana, Luis Antonio Torres, assured the cause of the accident was due to an escape of liquid gas and there are parts which collapsed inside the building.

Those wounded by the strong explosion receive medical attention in hospitals of this capital.

Persons of the neighboring building to the hotel were rescued and carried to safety, said the Party leader, he said.