Pets rescued in Cuba from ruins of the Saratoga Hotel (+Photos) 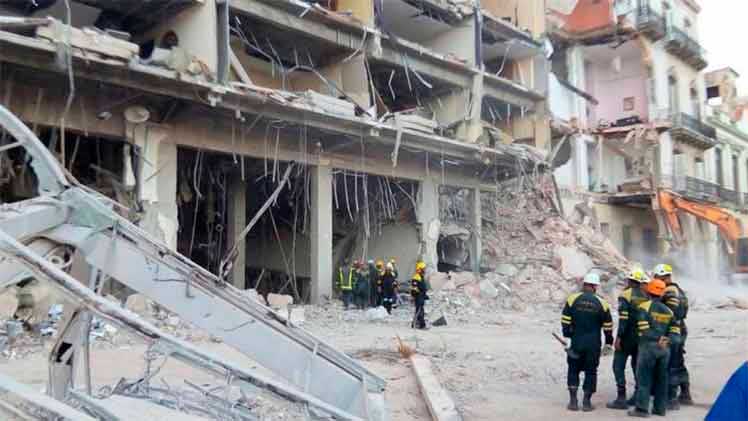 Pets rescued in Cuba from ruins of the Saratoga Hotel (+Photos)

According to local media reports, these were puppies identified as Sultan and Chuza, who were saved in the middle of the ruins of a building adjoining the tourist facility. 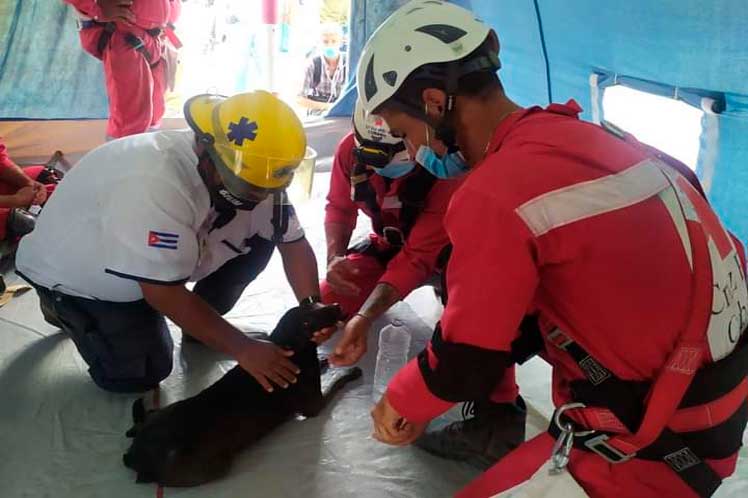 Arnaldo Álvarez, a member of the Cuban Red Cross, explained the pets received first aid and have already coordinated with animal protection services to guarantee their attention. 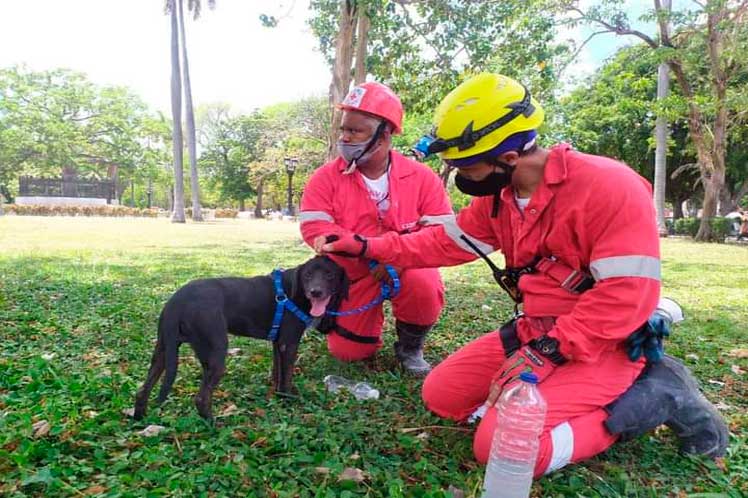 “They are very upset and stressed; but physically they have no damage”, he specified.

Last Friday, apparently as the result of a gas leak, an explosion caused the partial collapse of the hotel and affected neighboring residential buildings, a primary school, a church and the Martí theater.

Since the explosion Friday morning, specialized forces, including the Fire Department, have opened their way to help find possible survivors or their bodies, in a mission that requires great care and security measures due to the danger of the structure collapsing, according to specialists. 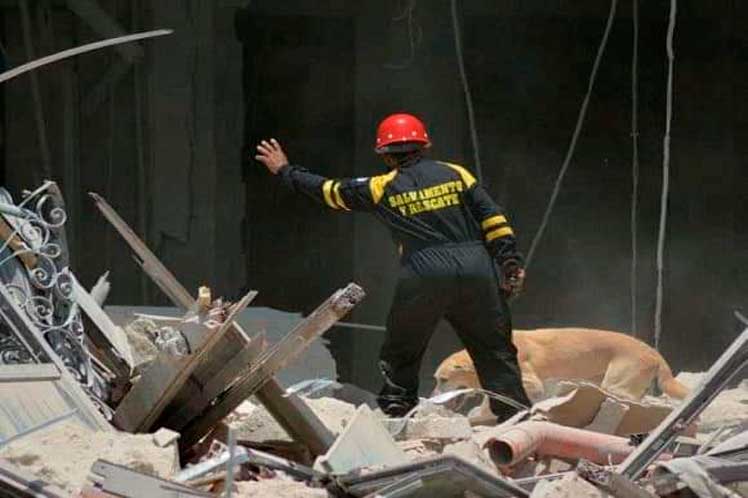 All this, with the help of a canine brigade, whose members are the first to enter the rubble to detect if there is a body and then heavy load teams are used to move the ruins.

An emblematic case of rescue dogs in Cuba is Rocky, considered a star of the canine unit of the National Special Brigade, located in Havana. 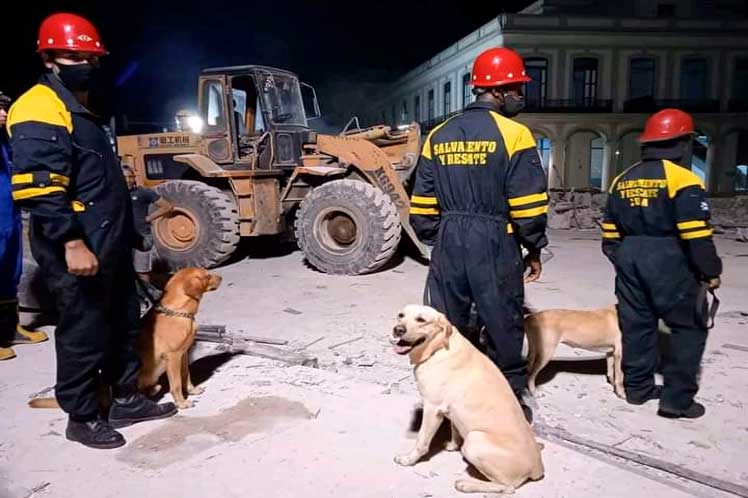 The former participated in multiple operations and internationalist missions, thanks to his sense of smell capable of identifying a body that is trapped in the rubble or buried underground to a depth of between six and seven meters.

On this day, the canine brigade managed to enter the basement of the Saratoga, where it is believed there are people.