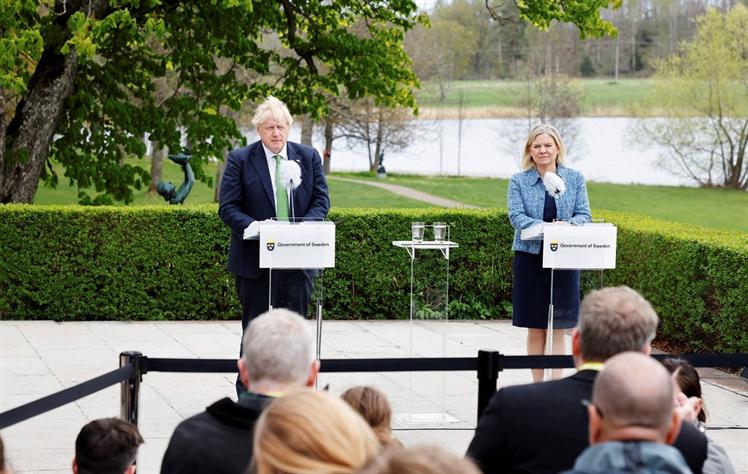 British Prime Minister Boris Johnson traveled to Stockholm and Helsinki on Wednesday to sign the pact with his peers Magdalena Andersson and Sanna Marin, respectively.

Both texts, very similar in their content, establish that in the event of an attack against one of them, the other will provide assistance, including military aid, Johnson explained.

According to the prime minister, the type of aid will depend on the request made by the country in question.

Johnson’s office detailed, however, that the agreements include a greater number of joint maneuvers, an increase in the exchange of intelligence information and the strengthening of security in the three nations.

This is not a short-term measure, while you consider joining NATO, but a lasting guarantee, added the president before concluding his whirlwind tour in Helsinki.

Finland and Sweden, two countries that for years have adopted a status of neutrality, announced their desire to join the US-led military alliance after Russia launched a military operation in Ukraine on February 24.

As Russian President Vladimir Putin explained then, the self-proclaimed People’s Republics of Donetsk and Lugansk asked Moscow for help to repel the increase in aggression and intense bombing by Kiev.

The Finnish Prime Minister is scheduled to announce his government’s decision on the matter on Thursday, while the Swedish leader could do so over the weekend.

According to polls, 70 percent of Finns and 50 percent of Swedes support their countries joining NATO.