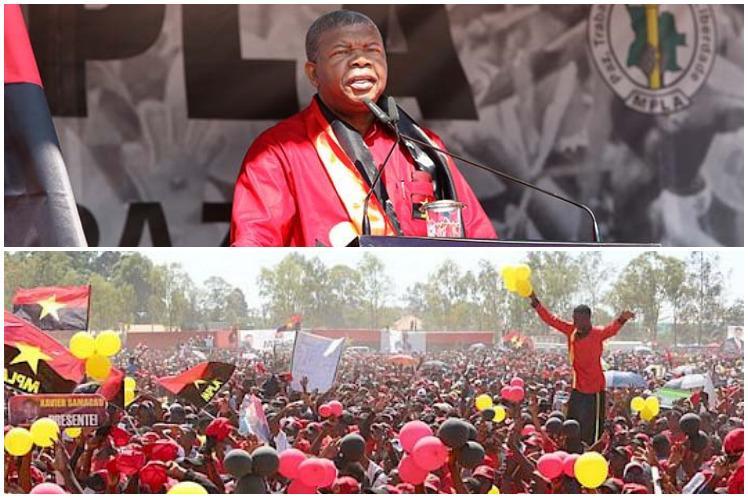 Luanda, May 14 (Prensa Latina) The governing People’s Movement for the Liberation of Angola (MPLA, in Portuguese) received today the support of tens of thousands of people in the central province of Huambo, in a campaign rally for the next general elections in the country.

Just as in other territories, live images on public television showed a massive mobilization in favor of the ruling party and its president, João Lourenço.

With only three months to go before the elections, the head of state and government also focused his speech on the results of the main programs aimed at meeting the needs of the people, diversifying the national economy, promoting employment and fostering public and private investments.

Eleven political parties are qualified, so far, to run in the general elections in Angola, scheduled for August this year, according to the Constitutional Court.

Besides the MPLA, the other key organizations are long time rival National Union for the Total Independence of Angola (UNITA), the Angola’s National Liberation Front (FNLA), the Democratic Bloc and the Social Renewal Party.

The MPLA leader placed among the priority issues the improvement of education and health services, as well as housing conditions and electric power and drinking water supplies. The President shared statistics and examples of works done in several places.

Along with the construction of health centers and educational facilities, the State ensured the entry of more professionals, the Stateman said, adding the Government’s willingness to continue along the same path in a coming mandate if the Movement achieves electoral victory in August this year.

From 2017 to date, around 260,000 Angolans, mostly young people, completed technical-professional training, and more than 150,000 left the informal sector of the economy, which still offers occupation to a majority fringe of the population, he pointed out.