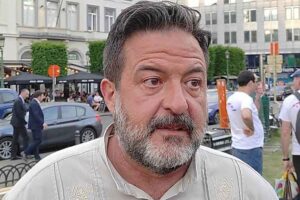 This is not the result of generosity from the Joseph Biden administration, but the heroic resistance of a people who do not surrender, do not take a step back and in the face of the suffocating blockade, it comes out with creative measures, the MEP told Prensa Latina about Washington’s recent announcement that it will eliminate some restrictions adopted by Donald Trump.

According to Pineda, who is also a member of the Left Group in the European Parliament, the decisions by the US Government are absolutely insufficient, although they are moving in the right direction.

It is a gesture that may be an illusion, but it does not represent the solution to the problem, and therefore we have to continue working to end this blockade that has lasted more than 60 years, he warned.

This week, the US Department of State announced some actions related visas, remittances, flights to Cuba and the private sector in the Caribbean island, which will reverse some of Trump’s measures to tighten the economic, commercial and financial blockade.

The MEP insisted that during the Trump administration, the blockade was tightened by 243 measures, nearly 60 of which were taken amid the Covid-19 pandemic, a decision that he described as a crime that should be typified by the International Criminal Court.

Cuba has been an example for the planet, as it also sent medical brigades to assist people in places such as Andorra and Italy, he stressed.