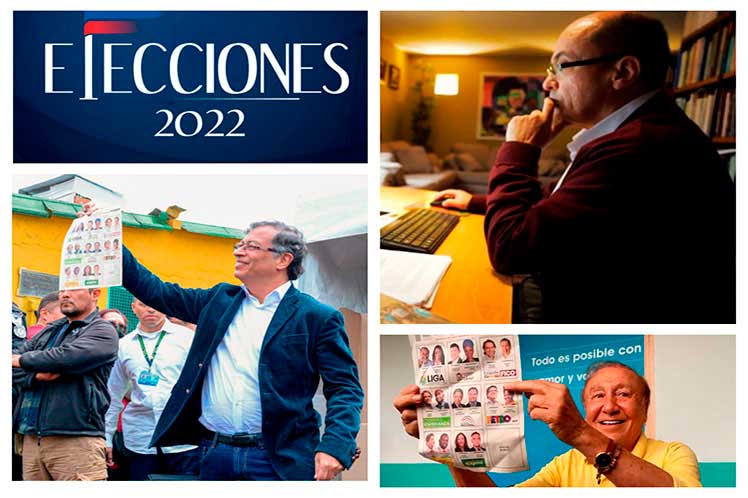 In an interview with Prensa Latina, political scientist Jairo Estrada outlined the significance of this victory on May 29, and the challenges for the upcoming second round of elections scheduled for June 19.

Petro won with a clear majority, however as it did not exceed 50 percent of the total number of voters, was not enough to avoid the runoff, he pointed out.

Behind him and at a significant distance comes Rodolfo Hernández, candidate of the League of Anti-Corruption Rulers, “with a blurred populist discourse, apparently without ideology, but close in some of its contents to right-wing postulates, without belonging to any political party”, he explained.

For Estrada, Hernández’s position, although it seems surprising, gives continuity to a tendency that had been observed in the weeks prior to the elections.

In third position was Federico Gutiérrez, candidate of the Team for Colombia, a coalition of the right-wing organizations made up of forces from Uribism and parties and political machines of the political establishment, who has, in addition, the support of the government of Iván Duque, he added.

And Sergio Fajardo, of the Coalition of Hope, lagged behind, failing to captivate the interest of voters with the lukewarm discourse of the so-called political center, he stressed.

“For the first time there will not be a candidate of the establishment parties in the race, which expresses a historic defeat for those forces”, emphasized Estrada, member of the political group Voces de Paz y Reconciliación (Voices of Peace and Reconciliation).

Estrada considers that an intense race is ahead in the following weeks, in which Petro will have to make an effort to overcome the “ceiling” close to 41 percent in this first round.

Foreign Minister of Mexico to represent Lopez Obrador in Colombia

Foreign Minister of Mexico to represent Lopez Obrador in Colombia