Evacuees and damages, first balance of intense rains in Cuba 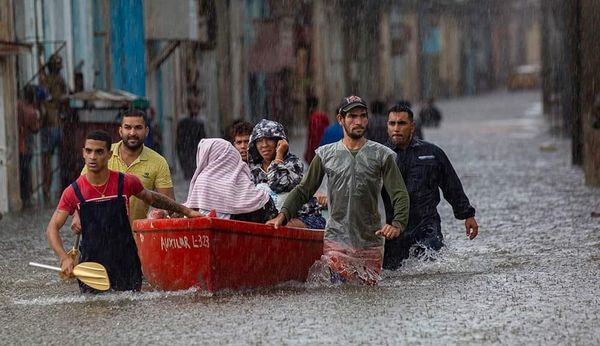 Evacuees and damages, first balance of intense rains in Cuba

In the district of El Fanguito, in the Plaza de la Revolución municipality of Havana, several residents were taken to higher areas due to the rise in water level of the Almendares River, reported newspaper Tribuna de La Habana.

Similar actions were carried out in other low-lying neighborhoods, mainly in the municipalities of Centro Habana and Cerro, where several roads were closed by the force of water currents, according to users and profiles of government entities on social networks.

On the local radio, the Provincial Electric Company also reported interruptions in the electrical service as a result of intense rainfall, which occurs at intervals since dawn.

The Institute of Meteorology warned of the danger of heavy rains in the western part of the country in the next 48 hours, which have also caused severe local storms and floods in other western provinces such as Artemisa and Mayabeque.

In the town of Candelaria, province of Artemisa, a severe storm was reported that affected some twenty homes, four of them with total collapse, according to a report by the newspaper El Artemiseño.

Meanwhile in Batabanó, a municipality in the province of Mayabeque, the local newspaper reported the most significant rainfall (88.7 millimeters in the last 24 hours), although there were no floods that are common in this area, one of the lowest in southwest Cuba.

At the close of this information, Vice President of the Republic, Salvador Valdés, and the Chief of the Civil Defense Staff, Division General (R) Ramón Pardo Guerra, toured the areas of greatest danger in this province and exchanged with authorities and the population.