US: Democratic scenario for 2024 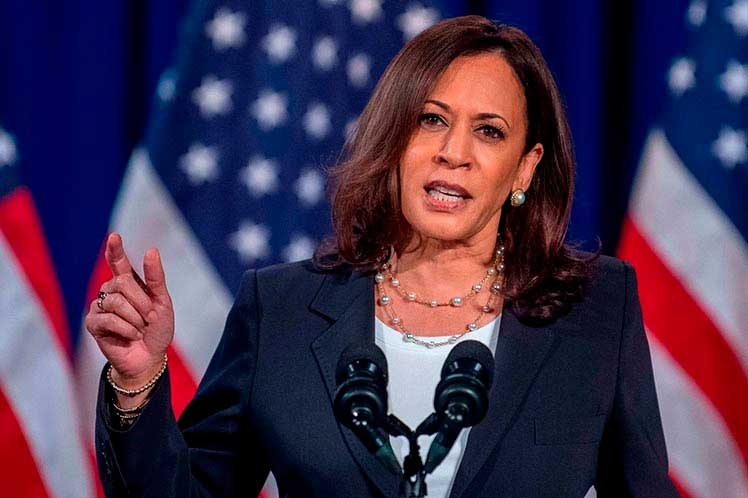 US: Democratic scenario for 2024

Washington, Jun 5 (Prensa Latina) The United States begins to define five possible presidential candidates for the country on the Democratic side in case that current President, Joe Biden, decides not to run and put an end to his political career with a single term of office.
Share on facebook
Share on twitter
Share on whatsapp
Share on telegram
Share on email

For The Hill, one of the options could be the second in command at the White House, Kamala Harris, the first woman to occupy that position in U.S. history.

“It would give the movement that identifies with the blue color another chance amid the administration’s low popularity indexes,” the media outlet said.

However, experts point out that Harris is not a safe pick, since from the time she assumed as vice-president she’s been facing a series of negative headlines and, according to polls, her approval levels don’t go over 40 percent.

As a second option would be Secretary of Transportation, Pete Buttigieg, who surprised the Democratic ruling class and observers with his amazing rise in the nation’s political life.

He was Mayor of South Bend, Indiana, managed to win the Iowa caucus in 2020, and after that he was about to dominate the New Hampshire primaries; all this being a virtual unknown candidate from the Democratic Party.

Strategists say that Buttigieg would be well positioned for a candidacy toward 2024, but it remains to be seen whether he has enough political talent to make the leap to the Oval Office.

Next on the list is former candidate, Elizabeth Warren, who, according to analysts, keeps strong support in the party’s rank and file.

However, in her own words, “I am not interested in running for the 2024 elections, but for the Senate,” adding that, if Biden runs for a second term, she will back him up.

Democrats consider U.S. progressive movement patriarch, Bernie Sanders, as another potential contender. Although he does not rule out being part of a new electoral contest, experts believe that his advanced age -currently 80 years old- could be a major obstacle.

Finally, experts and media outlets point to Minnesota Senator, Amy Klobuchar, who didn’t have the best results in 2020, but who “could benefit if she receives the support of moderate Democrats,” The Hill explained.

What will happen between now and 2024 is unknown, as is Biden’s decision. However, several political analysts, such as Cecilia Barría, think that it won’t make sense for the ruler to run again.

“Those who have followed the development of his political history say that at his age (79) he already lost part of the energy and speed that he used to have when he was young,” Barría said.

Until that day comes, the current administration has a lot to deal with, such as its low popularity caused by inflation, the hasty exit from Afghanistan which so much recalls that of Vietnam, migration, the lack of gun control and other issues that might come up on the way.