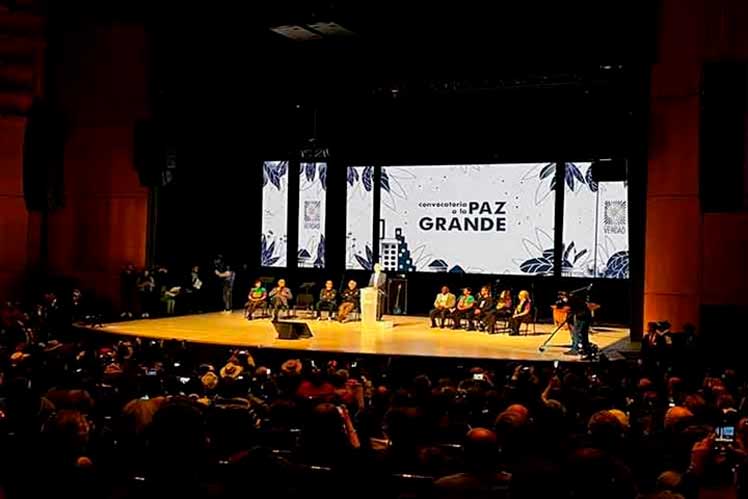 In a statement released this Wednesday, they point out that the document prepared in a rigorous work of over three years throughout the national territory, also includes the pain of the victims and their experiences of resilience and peacebuilding,

It highlights that the Comprehensive System for Peace, of which the Truth Clarification Commission is a part, is the result of the Peace Agreement.

“An innovative system that incorporates gender, ethnic and youth perspectives, and that seeks a balance between the need to sustain peace, deliver justice, restore victims and create the necessary conditions for non-repetition,” he detailed.

He added that, in this sense, the Truth Commission Report materializes the commitment to place the victims at the center of the Peace Agreement, key to establishing the foundations for reconciliation and peacebuilding in Colombia.

“Now begins, for society and State authorities, the task of disseminating and developing the report’s recommendations to achieve full implementation of the Peace Agreement and to eradicate violence in the territories,” he underlines.

The signatories, including the UN Verification Mission and the Office of the United Nations High Commissioner for Human Rights, emphasize that the International Community will continue to support the consolidation of peace and the guarantee of the rights of victims.

Yesterday, Francisco de Roux, president of the Truth Commission, a transitory body created after the signing of the Peace Agreement in 2016 between the State and the former Revolutionary Armed Forces of Colombia-People’s Army, presented the Final Report to clarify the causes , facts and consequences of more than 50 years of armed conflict in the country.

De Roux, in announcing the investigation that lasted three years, called for reconciliation in Colombia, which means accepting the truth as a condition for collective construction and overcoming denialism and impunity.