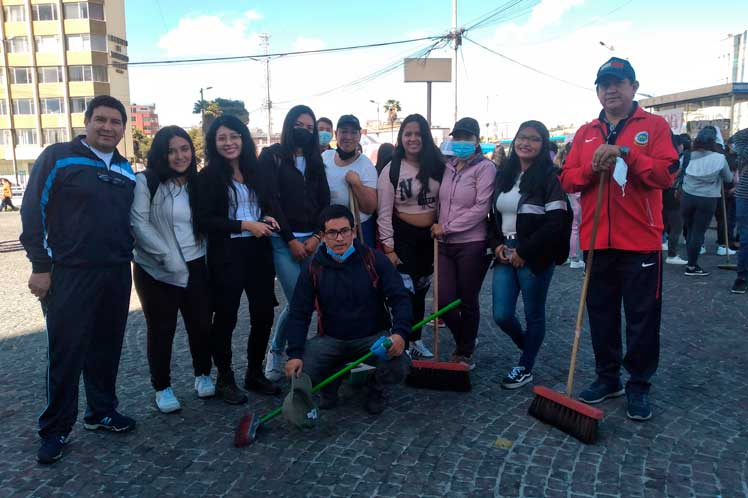 The recovery tasks are carried out in the avenues surrounding these points, considered as “Ground Zero” for being the main focus of the confrontations of mobilized people with the Police and the Army, which repelled the marches with tear gas and excessive use of force. 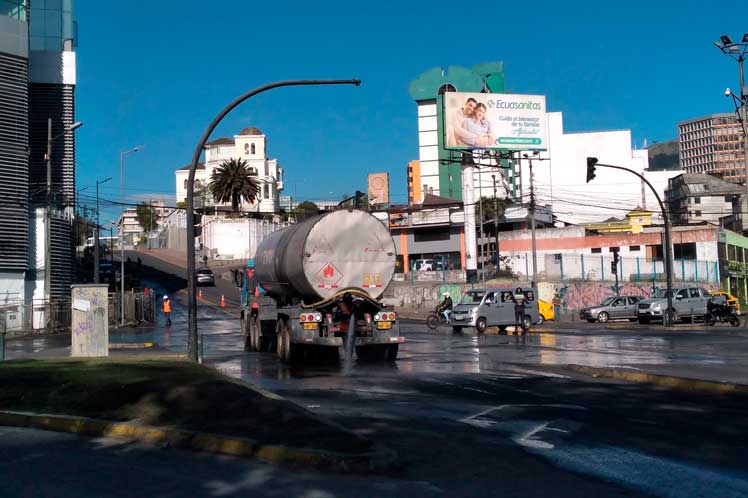 Meanwhile, in the aforementioned parks, trucks and heavy machinery from the municipality of Quito collect cobblestones, stones and sticks.

Data offered by Carolina Rodríguez, manager of Public Works, revealed that as a result of the clashes, damage to trees, sidewalks, planters and sidewalks was recorded, with values ​​amounting to one million dollars, while damage to traffic lights and signage exceeds 24 thousand dollars.

According to her assessment, the work on the casting of the sidewalks, as well as the replacement of the paint, among others, will take around two months. 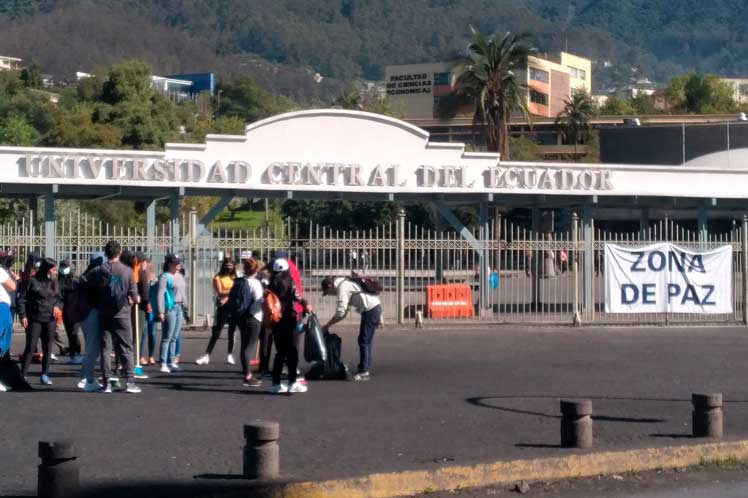 Similar work is carried out at the Central University of Ecuador, whose facilities served as a shelter and humanitarian assistance center for hundreds of people from indigenous communities, who joined the mobilizations, including women with children and older adults.

That house of high studies, together with the Salesian University, were instituted as places of peace and the protesters spent several nights there, receiving the support of Quito neighborhoods, who felt represented in the struggle.

Since the day before, in these institutions students and teachers have re-enlisted the spaces that served as health care points, places of rest, kitchens and massive dining rooms and on some occasions were attacked by the Police and the Army.

The House of Cultures also undertakes work to restore beauty to the exterior areas of the center and to the agora, where assemblies of the indigenous movement were held during the popular uprising that lasted from June 13 to 30 last, when it ended with an Act of Peace with agreements, signed by the Government and leaders of the mobilized.