Anniversary of Cuba’s patrimonial city of Camagüey to be celebrated 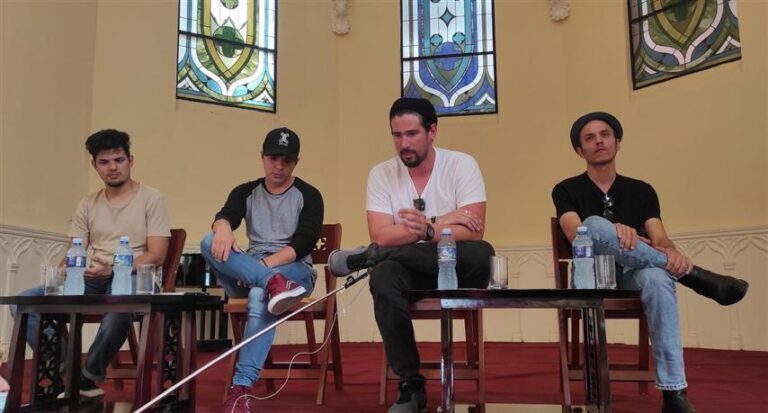 Anniversary of Cuba’s patrimonial city of Camagüey to be celebrated

Camagüey, Cuba, Jul 6 (Prensa Latina) On the eve of the celebration for the declaration of Camagüey's Historic Center as a World Heritage Site by the United Nations Educational, Scientific and Cultural Organization (UNESCO), the City Historian's Office is preparing an artistic program on Tuesday.

Founded by the Spanish conquistadors in the northern region of Pueblo Viejo, current community of Nuevitas, in 1514, “Camagüey is a beautiful city, full of traditions and a culture that we respect,” Miguel Diaz-Canel Villanueva, the director of D’Cuba, one of the groups invited to the festivities, said.

It will be precisely the coastal town of Nuevitas, the first to receive the young pop-rock music group, and they are already planning the release of their first CD “Vuelos,” (Flights), a work endorsed by the EGREM record label.

Camagüey, whose historic and cultural values add up to a long list that includes being recognized as the cradle of Cuban literature, due to Silvestre de Balboa’s Espejo de Paciencia (Mirror of Patience), the first work of its kind in Cuba and written on its premises in 1608, also bets on reviving tourism due to its material and intangible heritage.

“Being here for us is very important not only to promote our music, but also to feed on all the bastions of Cuban identity that are always breathed in this city,” Ernesto Caballero, a musician from the band, told local media.

The Jose Marin Varona heritage music hall hosted the press conference, and will also host a concert dedicated to Jose Luis Cortes (1951-2022), one of the most influential Cuban musicians during the last three decades.

In 2008, UNESCO recognized the values, resources and architectural heritage of the Historic Urban Center of Camagüey, one of the most valuable and best preserved among its kind in Cuba.