US supports end of travel restrictions on Cuba 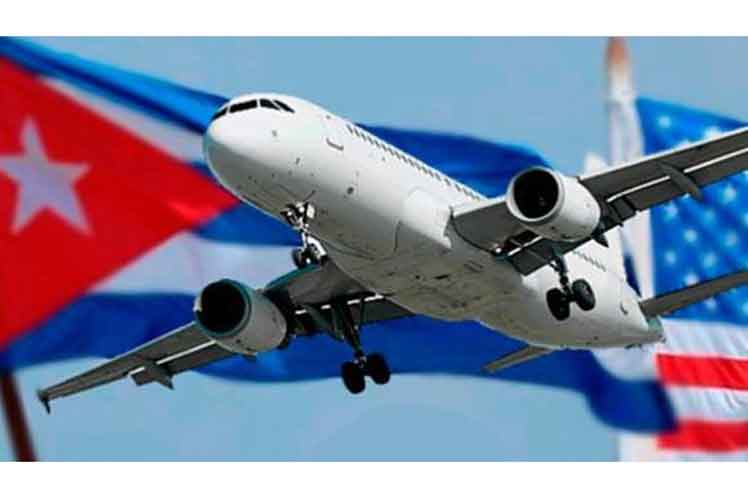 US supports end of travel restrictions on Cuba

According to the call, published in the Diario Latinoamericano website, the anti-blockade coalition Acere learned that Democratic Congressman Steve Cohen, a member of the Lower House from Tennessee, proposed an amendment to an appropriations bill. Cohen’s initiative would eliminate funds “to enforce restrictions on travel by US citizens and residents to Cuba”, the text said.

According to the information, the amendment will be discussed on July 18 by the Rules Committee of the Lower House, chaired by Representative Jim McGovern, a Democrat from Massachusetts.

“This could be the first Cuba policy initiative to be voted on in this entire Congress, and an extremely important one to encourage travel to Cuba,” he added.

Those who join the NEMO call will write a letter to McGovern in which they affirm that the majority of US citizens and residents support the lifting of travel restrictions to Cuba.

“Cuba needs our help and support,” he ratified the call, recalling that the Caribbean country faces enormous challenges “after more than 60 years of a criminal and illegal blockade.”

He underscored NEMO’s opinion that the Donald Trump administration (2017-2021) adopted 243 additional measures “to suffocate the worthy Cuban people with hunger and shortages (…) even during the fierce Covid-19 pandemic, the government of Joe Biden reneged on his campaign promises for a long time.

As part of the maximum pressure policy applied by Trump, in 2019 he announced, among other measures, the reduction of non-family trips to the Caribbean nation.

Until then, some 12 categories were allowed, including those for educational reasons, for professional reasons and to promote the so-called “people-to-people contact.”

However, the Trump administration considered that many of these trips actually represented a disguised form of tourism that would give oxygen to the Cuban economy.

More than 600,000 Americans traveled to the island in 2018, according to data from the island’s foreign ministry.