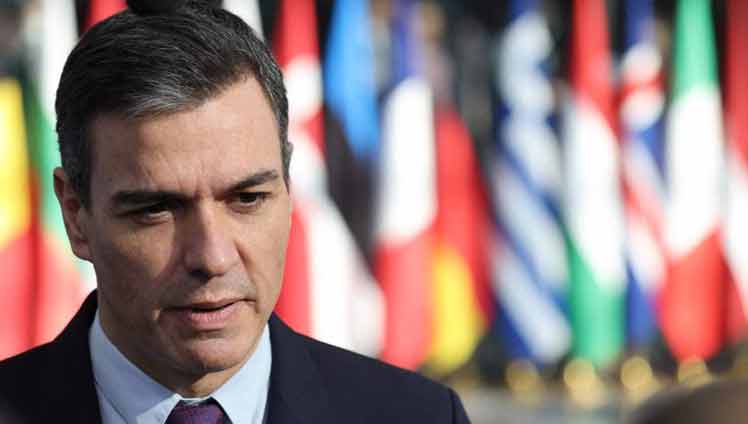 During a meeting with the presidents of the Canary Islands, Ángel Víctor Torres, and of the Cabildo de Lanzarote, María Dolores Corujo Berriel, during their vacation, Sánchez asked the opposition Popular Party (PP) and all public administrations for responsibly complying with the law and the agreements reached with Brussels (European Commission).

“The laws are complied with and that is what all public administrations have to do”, pointed out the head of the Executive, at a time when, for example, the Community of Madrid announced that it will present an appeal of unconstitutionality to the royal decree of the Government’s energy plan .

According to the Madrid administration and others commanded by the conservative PP, the Community’s own powers are being called into question, specifically, those linked to trade.

Sánchez admitted the situation leads to the conclusion that “it is preaching in the desert because we suffer denial opposition in all areas.”

He recalled, on the other hand, that the plan is part of the agreement within the European Commission that all countries must save 15 percent of energy, although in the case of Spain it is seven, after intense negotiations.

Regarding the balance of his visit to the Canary Islands, he highlighted the investments and direct aid of more than one thousand 100 million euros destined for small and medium-sized businesses in the tourism and hospitality sector.

In 2023, the Canary Islands will receive around 6.5 billion euros from the regional financing system, he added.

This morning, the Government of Spain ratified the entry into force of an energy saving plan as of this Wednesday, considering that it demonstrates solidarity with Europe.

The third vice president and minister of Ecological Transition, Teresa Ribera, told the press that they will not withdraw the energy saving decree, despite the rejection of the autonomous communities in the hands of the conservatives of the PP.

Madrid, Andalusia, Castille and León, Galicia and Murcia, demanded that the Executive withdraw the savings decree-law, which was approved a week ago by the Council of Ministers.