Foam and water seem effective to extinguish fire in Cuba 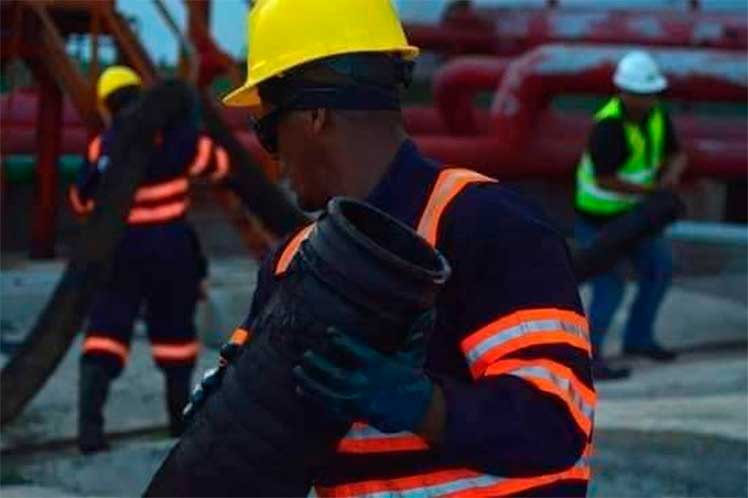 Foam and water seem effective to extinguish fire in Cuba

The incorporation of this technique sent by Venezuela and Mexico, together with the work of the Ministry of the Interior, the Revolutionary Armed Forces (FAR), the CubaPetróleo company, the Institute of Hydraulic Resources and the Fire Department, have made it possible to advance in mitigating the disaster, although authorities insist that the fire is not yet under control.

According to national television reports, five air force helicopters have already flown more than 40 hours with structures that drop 2,500 liters of water on the affected area, while cooling is also visible from the bay at this time.

This Wednesday new equipment must also be incorporated in order to speed up the process, in addition to continuing with the application of chemicals and foam.

In statements to the press, Cuban president, Miguel Díaz-Canel, emphasized the work of construction and hydraulic workers, in charge of creating the retaining walls to prevent the spread of the fire.

The head of state also highlighted the actions carried out by Cuban armed forces (FAR), the firefighters, the Red Cross, as well as troops of Mexico and Venezuela, and all “who have worked tirelessly.”

However, Díaz-Canel called for not trusting, “because there are possibilities the fuel will catch fire again”.

The incident occurred last Friday when lightning struck tank number 52 of the oil facility, and despite the efforts of firefighters, the fire spread to three other fuel tanks.

Among the actions taken since then is the dumping of seawater and sand over the burning area, to prevent the flames from spreading to other areas, where there are other fuel tanks.

In addition, physical barriers such as firebreaks were put in place to protect the pier and nearby neighborhoods.