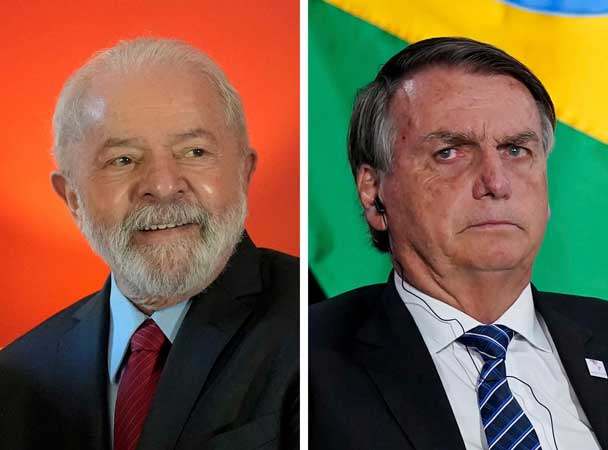 Under a revitalized electoral campaign program of the Workers’ Party (PT, in Spanish), which will hear the official opening shot on August 15, Lula tours parts of the country giving hope to enhance his people´s living conditions.

Lula channels his proselytizing action in search of an articulation to build a broad electoral alliance, with the purpose of overthrowing the ultra-conservative power that has been prevailing since 2018, preserving democracy, rescuing domestic economy and fostering the country´s peace.

“I feel so sad because 12 years after leaving the office, I think Brazil is poorer,” the former president said recently in an interview with the British newspaper Financial Times, while regretting Brazil´s jobless rate.

Bolsonaro, affected by serious corruption allegations in the Education Ministry, has been harshly criticized for his actions on alleged democratic threats and in an attempt to sow fear and mistrust in face of a Lula´s possible victory in the upcoming elections.

In a meeting held on July 18 –attended by some 40 foreign diplomats, Bolsonaro raised suspicions about e-ballot boxes, without presenting any evidence.

For the newspaper O Globo, Bolsonaro´s agenda is even clearer than after the lies about the e-receptacles uttered to ambassadors.

The Brazilian newspaper warned that Bolsonaro will not accept the election result if he is defeated and seeks to mobilize his supporters to try to repeat a violent protest movement in Brazil, inspired by the Jan. 6 Capitol insurrection by former President Donald Trump´s followers.

“Bolsonaro’s coup is an acute threat to democracy, which needs to be faced with energy and determination,” the Brazilian newspaper reported.

Over 156 million Brazilian voters are eligible to vote the new President of the Republic, in addition to future governors, senators and federal, state and district deputies.

According to Lula, on October 2 – voting day – “we have to give Bolsonaro a banana so that he knows he´s going to fall out of government.”

Brazilian are electing a new president

Evo Morales lashes out at U.S. double standards on Bolivia

Lula refuted Bolsonaro’s lies in debate before elections in Brazil

Brazilian are electing a new president

Evo Morales lashes out at U.S. double standards on Bolivia

Lula refuted Bolsonaro’s lies in debate before elections in Brazil