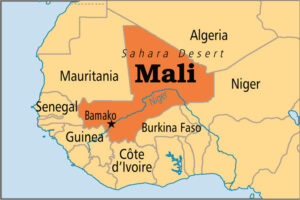 “This Monday, the last Barkhane soldiers present on Malian soil crossed the border between Mali and Niger. They were located at the Gao operational platform, transfered to the local armed forces,” he said in a statement.

In February, President Emmanuel Macron had confirmed the end of nine years of French military deployment in the African country, in the face of growing tensions with the military junta, which expelled the Paris ambassador and accused the European power of interference in its internal affairs.

For his part, Macron criticized Bamako, alleging that he had no interest in confronting terrorism but ?rather in guaranteeing his economic priorities.

“Gone is the time when, in 2013, they were welcomed as liberators. Their inability to restore security, despite operational successes, has upset the population, as more than 10,200 Malians have died in violence since 2015”, the newspaper Le Monde then published in an editorial.

In Mali, around 50 Barkhane troops died, a mission of nearly 2,500 uniformed personnel who would be relocated to the tense Sahel region.

In the face of criticism, Macron denied a few months ago that it was a failure, alleging: “What would have happened without our intervention?”

According to the Ministry of Defense, the departure of French troops from Malian territory represented a logistical challenge, which materialized with order and security.