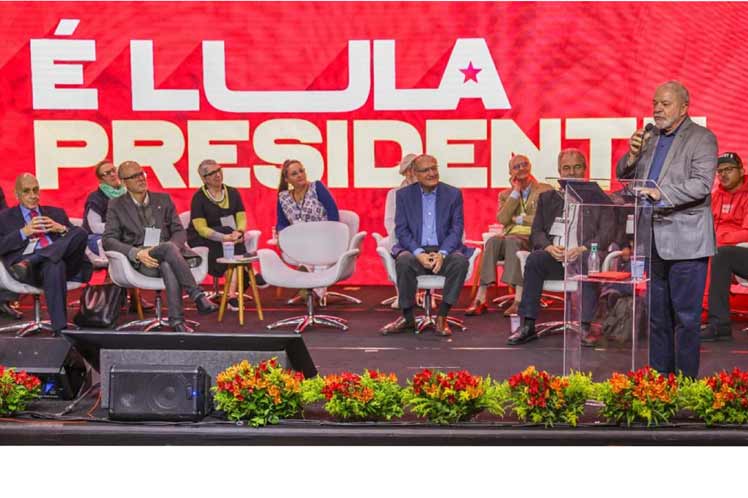 At a meeting in Sao Paulo with businessmen and small entrepreneurs, Lula said Brazil is now facing up a worse situation than that of 2003, with more hunger, unemployment, lower wages and no low interest rates to financing investment.

Lula stressed that everything has been halved and the only thing that has not been halved is “the boorishness and disrespect by the President of the Republic, who seems to live on some other planet and not here”.

In his speech, Lula sustained the Government must consider the context of the Covid-19 pandemic and take seriously the renegotiation to avoid local companies went belly-up as a result of the debt contracted during the period. He even asserted the future can wait for us to “do something else, but we cannot let you go bankrupt because of debt arising from the pandemic”, Lula emphasized.

Hearing testimonials from businessmen, Lula affirmed difficulties and hardships must be addressed, while highlighting the significance of the Bank of Brazil and other public financial institutions for small businesses.

He specified that the electoral formula for coming October 2 vote with former governor Geraldo Alckmin is a marriage that brings together a 16-year management in the wealthiest state, with eight years of best governance in the country.

“Brazil cannot continue being small. By the time we left the Presidency, Brazil was booming. Brazil was respected as an international player. Nowadays, it has become an outcast. Alckmin and I do not want governments. We want to take care”, he said.

“Bolsonaro heard so many times the word democracy, heard so many criticisms of authoritarianism and fake news. He was very upset. Every speech he talked about democracy, his embarrassed face was visible,” Lula pointed out.

Violence against Brazilian politicians on the rise

Violence against Brazilian politicians on the rise