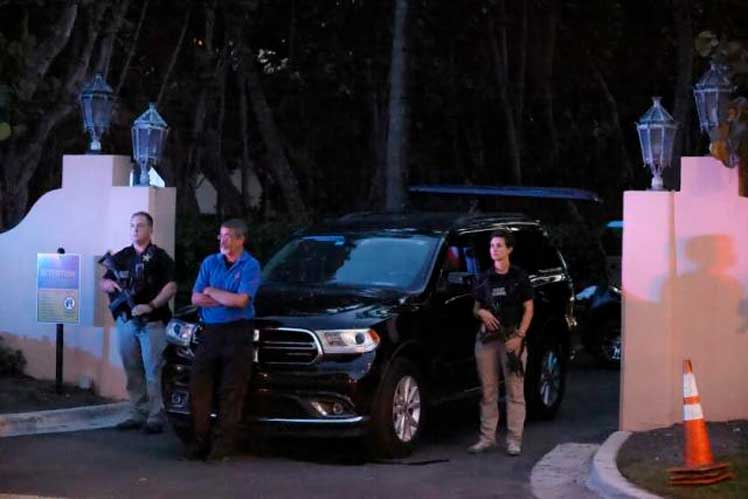 Washington, Aug 22 (Prensa Latina) The FBI´s unprecedented search of former President Donald Trump's Mar-a-Lago residence leaves serious questions unanswered about what federal crimes Trump may or not have committed while in office and sets the stage for one of the most politically divisive public probe of an elected official that the country has ever endured.

Contrary to what Trump and other Republican officials have said, we have no reason to believe that the FBI and Justice Department are not acting in good faith and abiding by the law, said political consultant Douglas E. Schoen in an article published in The Hill.

While a majority of Americans (54%) approve of the FBI´s search, there are strong partisan divides: 86% of Democrats “overwhelmingly” approve the search, compared to just 21% of Republicans, according to new Economist/YouGov polling.

The same poll found that, following the search, Republicans have a 14-point voter enthusiasm advantage over Democrats this year — as two-thirds (66%) of Republicans say they are “more enthusiastic” about voting in this year’s midterms compared to previous years, versus 52% of Democrats.

Prior to the Mar-a-Lago search, Trump was slowly but surely losing steam among Republican voters, aside from his most ardent supporters. But in the aftermath, Trump’s lead over his most formidable 2024 rival, Florida Governor Ron DeSantis, widened by 10-points. Trump now leads DeSantis 57% to 17% among registered Republicans, according to Politico/Morning Consult polling.

Ultimately, the GOP´s response to the FBI´s search underscores that – much to the chagrin of many rank-and-file Republicans – the Republican Party is still Donald Trump´s party.