White House deplores a court ruling in Arizona on abortion 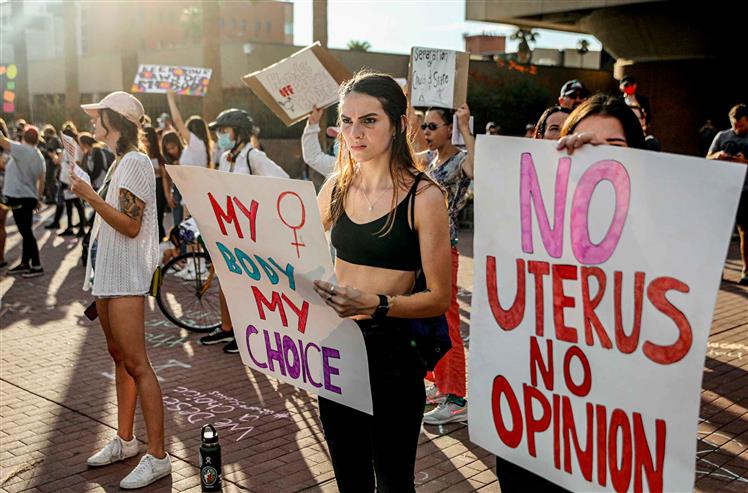 White House deplores a court ruling in Arizona on abortion

Washington, Sep 24 (Prensa Latina) The White House on Saturday lamented a court ruling on Friday allowing the state of Arizona to impose a ban on nearly all abortions.

According to the White House spokeswoman Karine Jean-Pierre, this decision will have “catastrophic, dangerous and unacceptable” consequences for women.

“If this ruling were upheld, health care providers would face prison sentences of up to five years for fulfilling their duty of care; rape and incest victims would be forced to give birth to children of their attackers; and women with medical conditions would face serious risks,” Jean-Pierre she said in a statement.

Jean-Pierre further added this decision, which she described as retrograde, exemplifies the disturbing trend nationwide of Republican officials at the local and national levels bent on stripping women of their rights.

She was responding to a ruling that gives the green light to an old state law banning nearly all voluntary abortions, forcing Arizona clinics to stop the procedure immediately.

The previous regional rule dates back to 1864, and its enforcement had been blocked since 1973, as the state’s Court of Appeals declared it unconstitutional and following the Supreme Court’s Roe v. Wade ruling, which gave abortion protection in the United States.

Yet Pima County Superior Court Judge Kellie Johnson wrote that because of the 1973 ruling supression, the court should vacate the ruling in its entirety.

Republican Attorney General Mark Brnovich, who in July filed a motion asking the court to reconsider enforcement of the earlier law, praised the decision.

“We´re working together with our 75,000 members across the Copper State to send a clear message: when you come for our rights, we come for your seat,” she said.