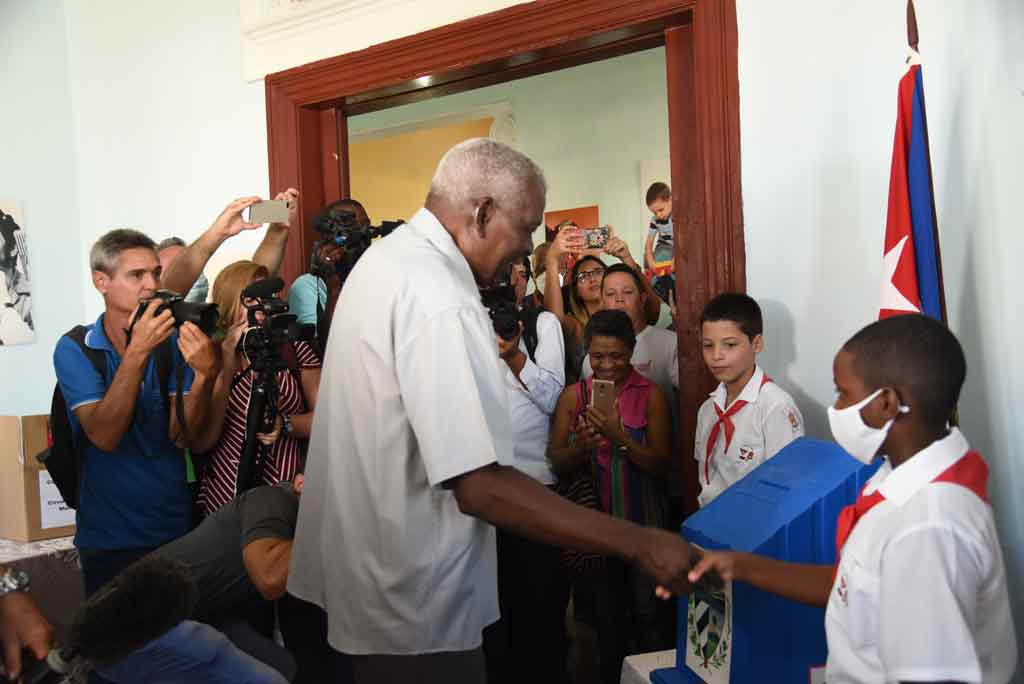 Havana, Sep 25 (Prensa Latina) National People's Power President Esteban Lazo exercised his right to vote on Sunday in this capital, in the referendum on the Family Code, and described the document as significant.

After voting at the Gotica de Rocio daycare center in Havana, turned into a polling station on this occasion, Lazo talk to young people belonging to student organizations about the democratic, supportive, inclusive, and responsible nature of the new regulations.

In statements to local media, Lazo referred to the months of debates and popular consultations on this law, which he described as valuable and unprecedented, and which determined the participation of more than six million people and the analysis of their opinions and proposals.

That previous step, he pointed out, allowed learning about the plurality of families in Cuba and the creation of a comprehensive document. He recalled that the country submitted the constitutions of 1976 and 2019 to a popular referendum, but never a law.

Lazo appreciated the high culture of Cuban society and pointed out that the current exercise of vote also responds to the precepts endorsed in the Constitution, approved by the majority of society three years ago, and it occurs under complex conditions.

According to the parliamentarian, some people even questioned the conduct of this electoral process in the context of the economic situation, aggravated by the Covid-19 pandemic, the blockade imposed by the United States, and the 243 measures adopted during the Donald Trump administration.

“We always thought we should do it because we trust popular wisdom and their feelings. We represent a state of rights and social justice and this Code proves it. From the beginning, Fidel taught us to count on the people,” Esteban Lazo said.

Democrats urge to ease access to abortion pills in US

President Diaz-Canel thanks expressions of support for Cuba

Democrats urge to ease access to abortion pills in US

President Diaz-Canel thanks expressions of support for Cuba