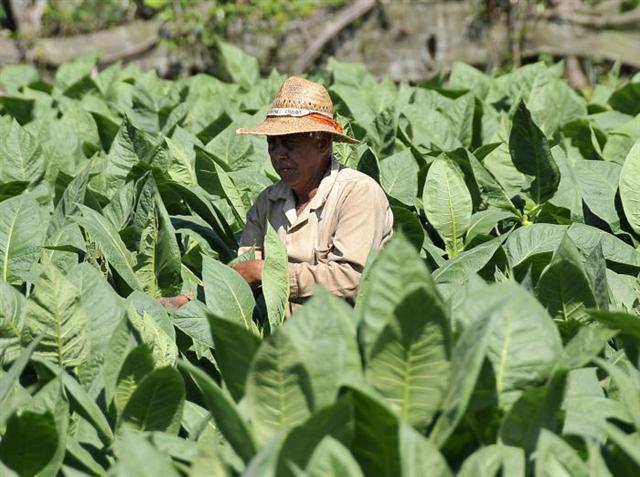 Tabacuba President Marino Murillo considered Pinar del Río province as decisive in this effort, but for such a reason, he cleared up, there are pivotal tasks to take on.

Task one is to collect all tobacco protected in natural curing houses and warehouses. Out of the existing 41,000 tons, 33,000 are in this province that reported 80% destruction of infrastructure, Murillo said.

In order to contribute to free those facilities, where stockpiled tobbacco remained in the fields, from 15,000 and 17,000 tons of tobacco will be taken to other provinces and seedbed irrigation will be urgently resumed.

The other task is closely related to recycling process of all available materials, stripping houses and natural curing houses in good conditions because today´s most deficient element in the country is wood, Murillo added.

Pinar del Río tobacco growers´ early actions, which contributes to over 70% of domestic tobacco production, precluded 650 tons of covered tobacco from being damaged.

Regarding the planting season, covering 15,000 hectares nationwide, Marino Murillo said that Cuba is still focused on planting them, although the area to be covered in Pinar del Río is yet to be defined.

Program in this province will depend on possible curing houses to be rebuilt.

We are doing our best for na excelente Harvest, for such a reason we count on dedication, experience and culture of Pinar del Río tobacco planters.